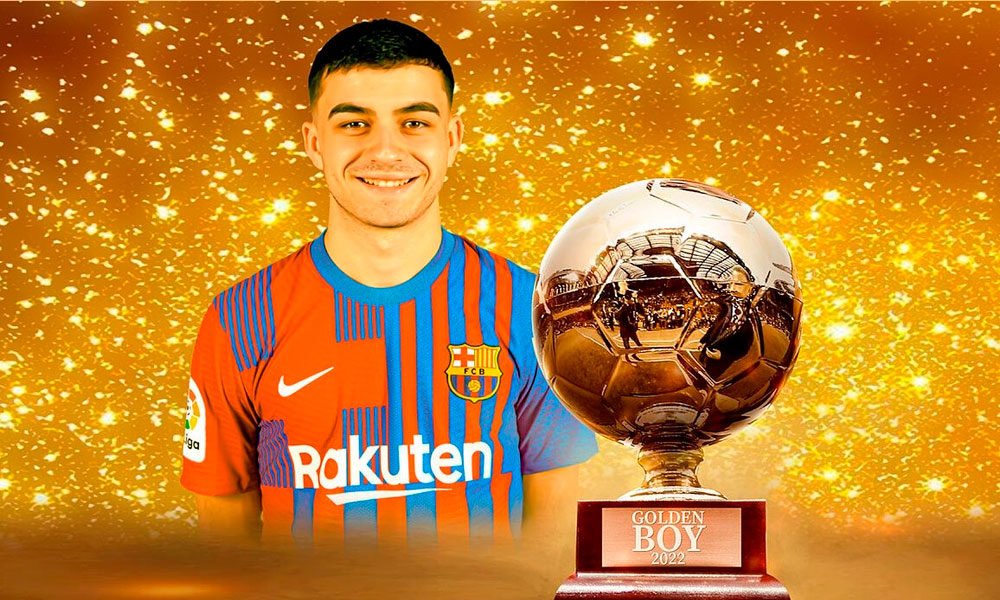 The Spanish Pedro González López «Pedri», Barcelona midfielder, won the Golden Boy award for the best under-21 player of the year, after an outstanding season in which he settled in the Barcelona first team, reached the semi-final in the Eurocup and won silver at the Tokyo Olympics.

Born in Tegueste on November 25, 2002, Pedri succeeded the Norwegian Erling Braut Haaland, who won the 2020 edition of this award given by the Turin daily «Tuttosport».

The winner was announced at the headquarters of the Italian Football Federation (FIGC) in Rome, in an event attended by the director of the Turin daily, Xavier Jacobelli, and the federal president, Gabriele Gravina.

“We decided to give a good birthday present to Pedri, from Barcelona, ​​who will turn 19 next November 25,” Jacobelli told EFE at the end of the event.

You can also read:  América de Solari defeated Juárez and remains the leader of Mexican soccer

“Barcelona is an example to follow because it invests in the future with its youth from the quarry,” added the director.

The award ceremony will be on December 13 in Turin and Pedri will attend personally with a delegation from Barcelona.

Joined by Barcelona in 2020 from Las Palmas, Pedri established himself as a key element in Barcelona’s eleven, with which he won the Copa del Rey after winning the final 4-0 against Athletic Bilbao.

His great performances were rewarded with the call of the Spanish coach Luis Enrique Martínez, who made him debut in March against Georgia and summoned him to play the European Championship last summer, in which Spain fell in the semifinals after losing the penalty shootout against Italy, champion dessert.

You can also read:  FMF sends FIFA request for Funes Mori to play with Mexico

With practically no rest, the canary traveled to Japan to play with Luis De La Fuente’s Olympic team in the soccer tournament, ending with the final lost against Brazil.

“Tuttosport” also announced the winner of the Golden Player, who was the Polish Robert Lewandowski, from Bayern Munich, and the Golden Girl, who was the Dutch Lieke Martens, from Barcelona.

Lewandowki ended an extraordinary season in which he scored 41 goals in 29 Bundesliga games. It was the sixth time in his career that he finished a campaign with more than forty targets.

Martens triumphed in the women’s category after being crowned champion of the Champions League and the Spanish League with Barcelona.

The Frenchman Olivier Letang, president of Lille, was chosen as the best manager of the last season while Federico Pastorello, representative of the Belgian Romelu Lukaku, among other elite footballers, won the award for best agent.