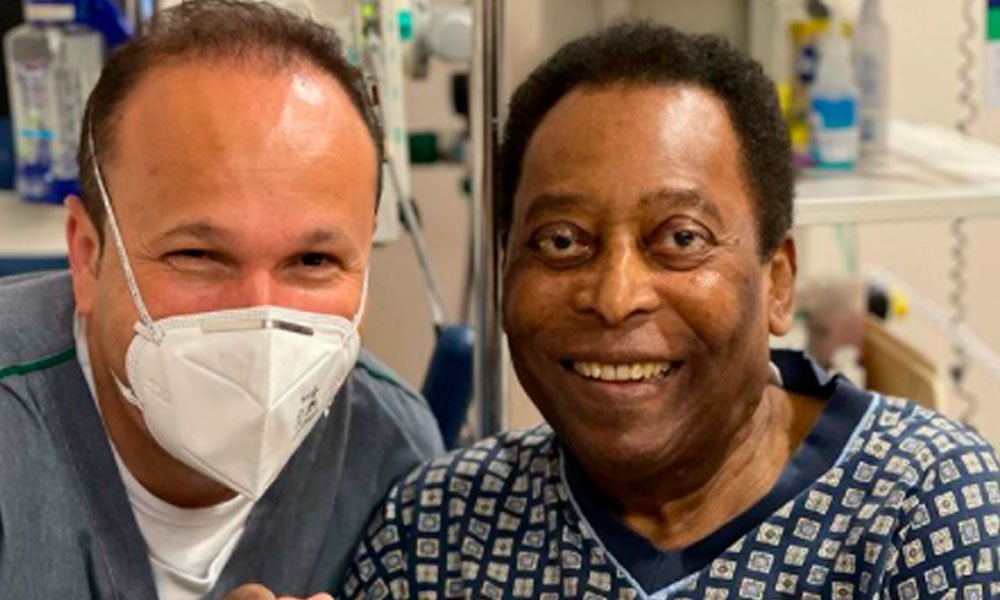 Former Brazilian soccer player Edson Arantes do Nascimento ‘Pelé’ continued his rehabilitation exercises on Tuesday from the hospital where he has been admitted since August 31 after the removal of a tumor in the colon.

The former forward shared a new video on his official Instagram account in which he appears exchanging a medicine ball with a physiotherapist at the Albert Einstein Hospital in Sao Paulo.

“The physical therapist Kamila is helping me get back on the pitch,” joked the triple world champion at 80 years of age.

“The size of the challenge doesn’t matter. The secret is to celebrate every little victory along the way, “he added in his message.

You can also read:  Benzema and his loaded closing of 2021 on and off the court

The former Santos y Cosmos player, who in recent years has had various health problems, continues to be hospitalized after routine examinations, which he had postponed due to the coronavirus pandemic, detected a “suspicious” tumor in the colon .

On the 4th of this month, he underwent surgery to remove the tumor, of which the results of the biopsy are not known, and began his recovery in an intensive care unit.

It evolved slowly until they were raised to the ground. However, shortly thereafter, “brief respiratory instability” forced him to be transferred to semi-intensive care.

In recent days, Pelé and his family have tried to reassure their followers through videos and photographs in which they have shown their apparently satisfactory clinical evolution.

You can also read:  Participant in the Las Arenas Marathon dies of cardiac arrest

In one of these videos, the one considered by many to be the best footballer in history was recorded pedaling with his arms and legs on a static machine, while he was escorted by two health professionals.

His daughter Kely Nascimento has also shared on her social networks how they shaved and dyed her father’s hair or followed the matches of the women’s soccer team.

Look who dyed his hair to be prettier and soon, soon, get out of here! (…) Several steps forward and beginning the second stage of recovery, ”her daughter reported the day before.

Despite the improvement, according to the material shared by him and his family, Pelé still does not have a forecast for his discharge from hospital.

You can also read:  Debut with victory for Boca; controversy over River

The football king’s health has deteriorated in recent years due to spinal, hip and knee problems that have significantly reduced his mobility and forced him to undergo surgery, as well as suffering from some kidney crises. EFE (HN)