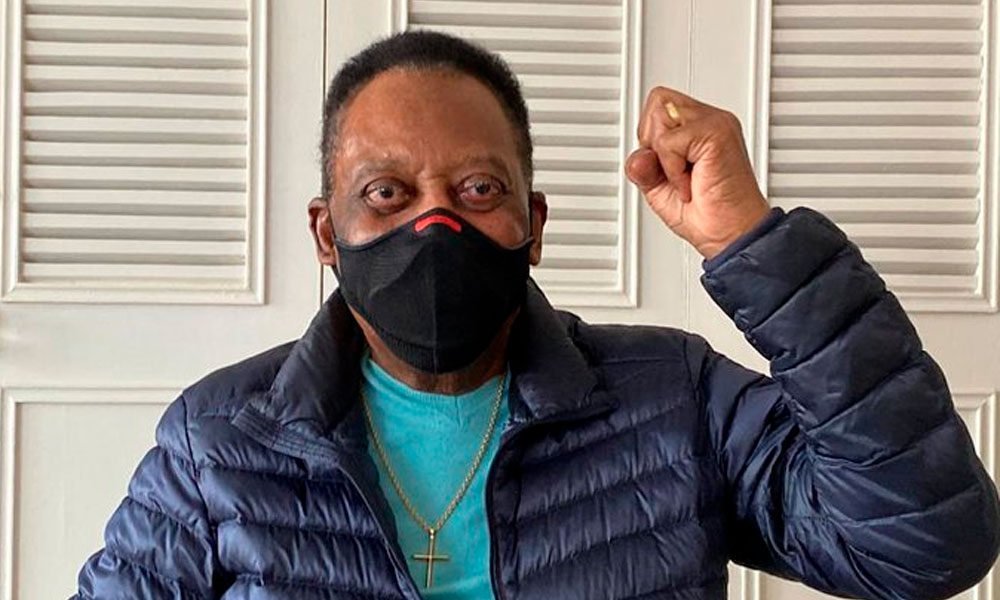 Brazilian star Edson Arantes do Nascimento ‘Pelé’ assured that he is “very well” and that he feels “every day better”, after a tumor in the colon was removed in September and he began chemotherapy treatment.

‘Friends, we haven’t talked about this for some time. I want to let you know that I am very well. I feel better every day, “said the 81-year-old former striker, in a message posted on his social networks.

The triple world champion (1958, 1962 and 1970) accompanied his words with a photograph in which he appears with his left fist raised, equipped with a mask to protect himself from the coronavirus.

«I don’t think even the mask I use to protect myself can hide my happiness. Thank you very much to all of you, who send me good energy daily, “said the one considered by far the best footballer in history.

Pelé was hospitalized throughout the month of September after detecting a “suspicious” tumor in the colon in routine examinations, which he had postponed due to the pandemic, which he underwent surgery a few days after his admission.

The Albert Einstein Hospital in Sao Paulo, where he remained hospitalized all that time, reported then that the Brazilian idol would undergo chemotherapy treatment.

Since his departure from the clinic there has been no medical information on his state of health.

Pelé has manifested himself on several occasions through his social networks to reassure his millions of followers and comment on current sports issues.

The last time was on Monday this week to celebrate the “marvelous performance” of the seven-time Formula One world champion, Lewis Hamilon, after his hard-working victory at the Sao Paulo Grand Prix.

“It is very good to see an F1 driver raise our flag on the podium. Thank you for being who you are ”, added ‘O Rei’. EFE