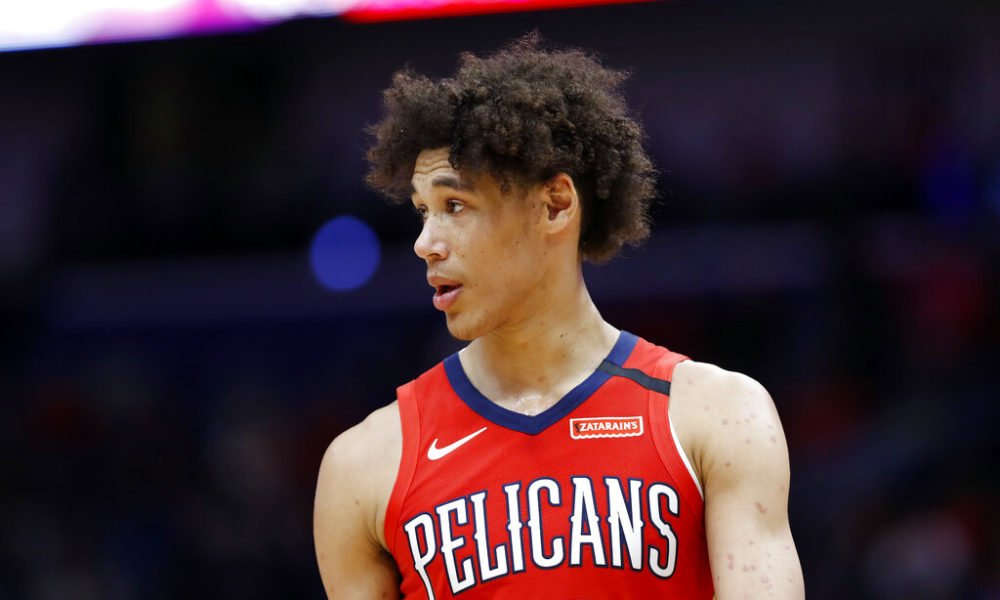 New Orleans Pelicans center Jaxson Hayes was arrested in Los Angeles after struggling with police attending a report of a domestic dispute and using an electroshock weapon and other force before handcuffing him, authorities said Thursday.

Hayes, 21, was booked into jail on suspicion of resisting arrest and a woman refused to cooperate with the investigation into the alleged domestic dispute early Wednesday morning, according to a Los Angeles Police Department statement.

Hayes received medical attention for unspecified injuries suffered during the struggle prior to his incarceration, police said. He was released after posting bail later Wednesday, jail records showed online.

At the moment it is unknown if the player has a lawyer who can give statements on his behalf.

You can also read:  Raptors' Nick Nurse named NBA Coach of the Year

Officers found Hayes in the front yard of a home at approximately 2:50 a.m. Wednesday, police said.

“Officers informed Hayes that they had received a report to the scene and needed to speak to the victim, but asked Hayes to remain outside while they did so,” the statement explained.

Police added that officers’ body video cameras recorded Hayes repeatedly trying to enter the home as officers blocked him and ordered him to stay outside.

Officers called for support and tried to put Hayes’ hands behind his back but the player broke free and pushed an officer against a wall, police said.

The officers knocked Hayes down but he tried to get up and twice used the stun gun, body weight and other physical force during the confrontation of about 2:30 minutes before handcuffing him, the statement read.

Hayes received medical attention for the injuries, which were not detailed. A police officer was also treated for a non-specific injury before being released from a hospital.

The Investigative Division of the Los Angeles Police Department launched an investigation after it was asked to “assess the incident regarding the possibility of force applied to Hayes’ neck during the use of force,” the statement explained.

The Pelicans indicated that they were aware of the arrest.

“We are working with the NBA and Jaxson representatives to gather more information and will not offer further comment at this time,” the team’s statement reported by ESPN reads. (AP)

You can also read:  Michael Jordan donated million dollars to victims of attacks on the Twin Towers