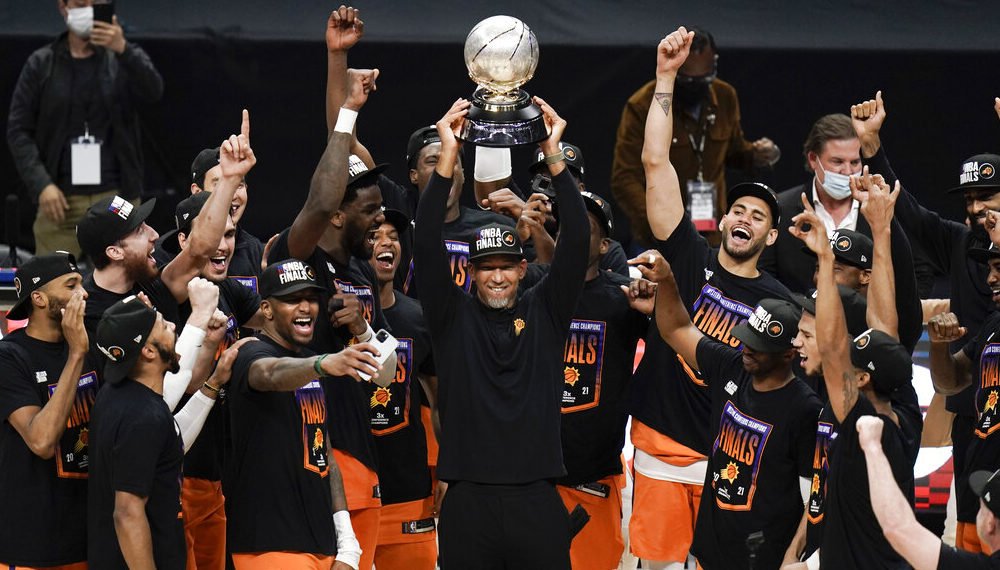 With Chris Paul showing 41 points against his former team, the Phoenix Suns defeated the Los Angeles Clippers 130-103 on Wednesday night and sealed their first qualification to the NBA Finals since 1993.

At 36, Chris Paul will compete for the ring for the first time after a recital of 41 points, 7 triples and 8 assists against his former fans at the Staples Center in Los Angeles.

The Suns, who finished this Western Conference final by a score of 4-2, now await a rival to the winner of the Eastern Final, in which the Milwaukee Bucks and Atlanta Hawks are tied 2-2.

The second and last time that Phoenix fought for the ring was in 1993 when the team led by Charles Barkley fell 4-2 to the legendary Chicago Bulls of Michael Jordan.

You can also read:  Kyrie Irving accepts invitation and will be with the United States in Rio de Janeiro

The Clippers, who were playing the first conference final in their history, could not force the seventh game in a series they have had to play without their big star, the injured Kawhi Leonard.

His other figure, Paul George, stayed at 21 points (6/15 from the field goal), without the strength to lead another win as he did on Monday in Phoenix with 41 points.

In a dreamy second half, Chris Paul scored 25 almost consecutive points to sentence the team he played for six seasons (2011-2017), in which he never made it to the conference semifinals.

The veteran point guard, one of the best players in history to never make it to the Finals, will fight for the ring in his 16th NBA season.

You can also read:  Argentine Manu Ginobili would be the next star in the NBA Hall of Fame

“Sounds very, very good,” Paul said of playing in the Finals. «It has been so much work (…) I didn’t want to lose this game. My family is here, there are so many emotions ».

The arrival this year of Paul in Phoenix, a team that did not qualify for the playoffs in a decade, turned the franchise upside down to second place in the West regular season and a playoffs in which they eliminated the current ones in the first round champions, LeBron James’ Los Angeles Lakers. (AFP)