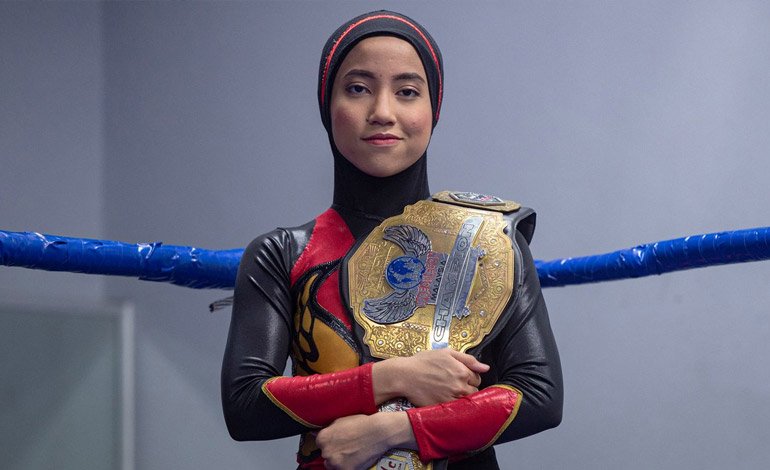 Standing 1.55m tall and wearing a hijab, Malaysian “Phoenix” breaks taboos by challenging men in the professional wrestling ring, unusual in this high-testosterone arena and admired for her daring.

Dressed in flame-embellished trousers and a black and orange scarf, Nor “Phoenix” Diana uses elaborate techniques to knock down opponents much larger than her and pin them to the ground. A few hundred spectators cheer for her, dumbfounded by her speed and agility, thanks to her short height and featherweight of 43 kilos.

Her decision to jump into this sport not only did not generate criticism among the most conservative of this Southeast Asian country, but also, the 19-year-old became a star of social networks.

“Even if I am Muslim and wear a hijab, nothing can prevent me from doing what I like,” she explains from the ring after a fight.

You can also read:  Muhammad Ali is stable in his residence

“Phoenix” participates in the matches of the Malaysia Pro Wrestling (MyPW) championship, based on the model of the American organization World Wrestling Entertainment (WWE), which features the biggest stars of professional wrestling.

Like WWE, Malaysian wrestling is both theater and sport, and its participants face off in matches in which the script is already written.

Outside the ring, Nor Diana, a pseudonym to preserve her true identity, is a shy young woman who works in a hospital. But when she dons her wrestling outfit, she turns into “Phoenix” and nothing stops her.

Like Phoenix, I am a completely different person. Maybe I’m small, but I can do things that people couldn’t imagine, ”she told AFP during a training session in Puchong, near Kuala Lumpur, the capital.

Nor Diana began training in wrestling in 2015 and made her debut in the Malaysian rings after a few months.

You can also read:  Joseph Díaz surpasses Jesús Rojas, but the world title is not credited

In this country of 32 million people, more than 60% of the population is ethnic Malays, and Muslim. Although the Islam that is practiced is generally moderate, the society remains very conservative. Many women wear a veil and loose clothing, in accordance with religious recommendations, which advocate a “modest” appearance.

“At first it was difficult, I heard many people say that I could not wrestling because I am Muslim and I wear a hijab,” says Nor Diana.

But that did not discourage her and, supported by her family, she continued with the fighting, chaining successes until she became champion of Malaysia, after defeating four men.

At first, she fought with a mask, to avoid being recognized. But after a loss last year, he abandoned her.

Nor Diana recalls fearing hostile reactions at first, but her popularity has continued to rise, and the young fighter now has thousands of social media subscribers.

Nor Diana’s success has contributed to making professional wrestling better known in Malaysia, although it is still a discipline with a very specific audience, which has around thirty wrestlers – two of them women – and fights every two or three months. before several hundred spectators.

“When Nor Diana began to become known, she received numerous messages from other women who also wear hijabs asking her about wrestling,” Ayez Shaukat Fonseka, her coach and adversary, told AFP.

“To a certain extent, she broke a taboo and showed them that if she can do it, so can others.” AFP