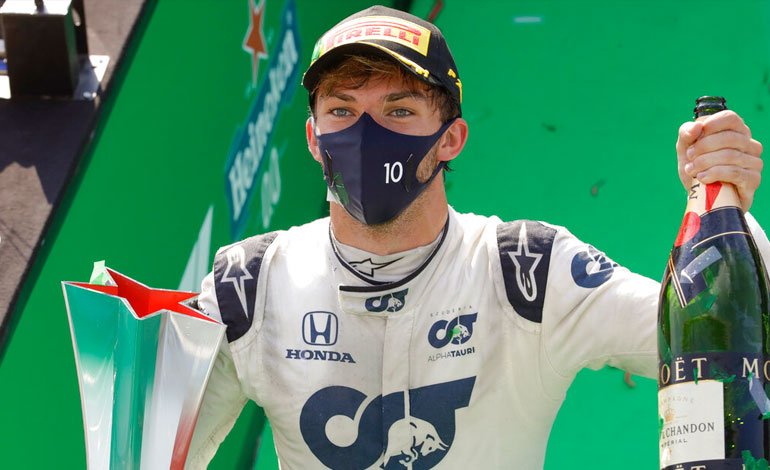 Frenchman Pierre Gasly (Alpha Tauri) won the Italian GP at the end of a completely crazy race marked by an interruption and an unprecedented podium.

It is Gasly’s first F1 victory and the first for a French driver since 1996. Spanish Carlos Sainz Jr. (McLaren), second, and Canadian Lance Stroll (Racing Point), third, escorted him to the podium.

“Is incredible. I’m not sure it’s real. It was a completely crazy race, ”declared the Frenchman, surprised by his victory.

The Mercedes, who started out as clear favorites, finished in fourth place with the Finn Valtteri Bottas and in seventh with the British Lewis Hamilton, the latter after suffering a sanction for having tried to enter the pits when he did not have permission to do so.

You can also read:  Webber gets the Pole; Alonso ranks tenth

The race had to be interrupted due to a spectacular but not serious accident of the Monegasque Charles Leclerc (Ferrari).

Pierre Gasly took the lead at the restart, while Hamilton served the penalty.

Monza is a circuit that is perfectly suited to Alpha Tauri, as this team achieved what was its only victory so far on the Italian track, with German Sebastian Vettel in 2008, under the name of Toro Rosso.

In the general classification of the World Cup, Lewis Hamilton, seven times world champion and current champion, remains ahead of his teammate Valtteri Bottas. AFP (HN).