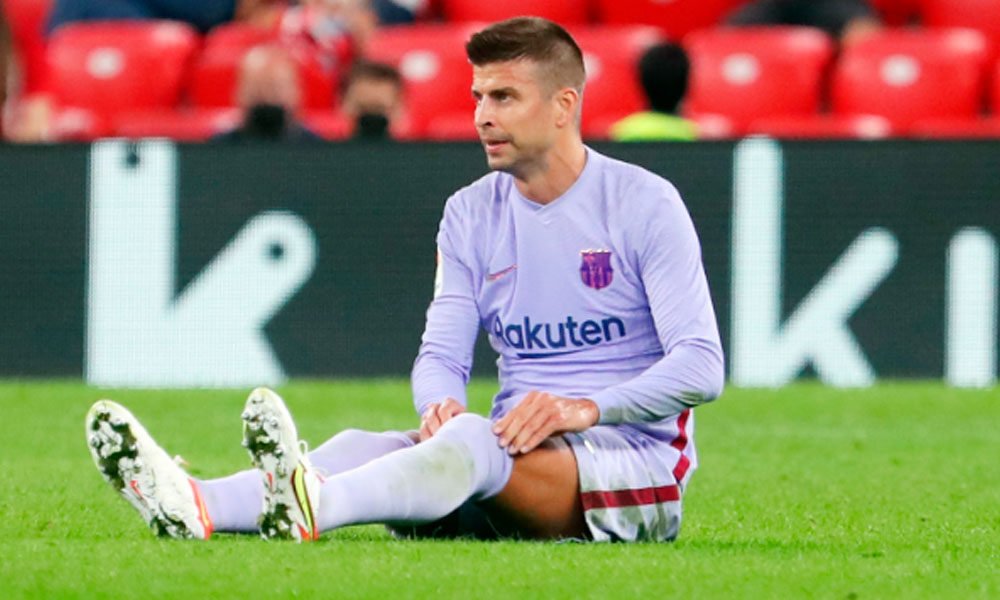 FC Barcelona central defender Gerard Piqué, who had to retire injured on Saturday in Bilbao (1-1), suffers an elongation in the left calf, his club announced in a statement.

Barça did not specify the duration of his time off.

On Saturday, the central defender had to retire in the 30th minute of the game after a clash with Athletic player Alex Berenguer, being replaced by Uruguayan Ronald Araújo.

Piqué is coming off a difficult 2020-2021 season, where he missed most of the course, between November and April, due to two injuries to his right knee.

His absence is a problem for Ronald Koeman, who will have to find solutions for the axis of his defense: Eric García, who started with Piqué in the first two games of the campaign, will not participate in the third game due to the red card he received. Saturday in discount time (90 + 3).

The central pair of Barça against Getafe on Sunday August 29 could therefore be Araújo-Clément Lenglet. AFP (HN)