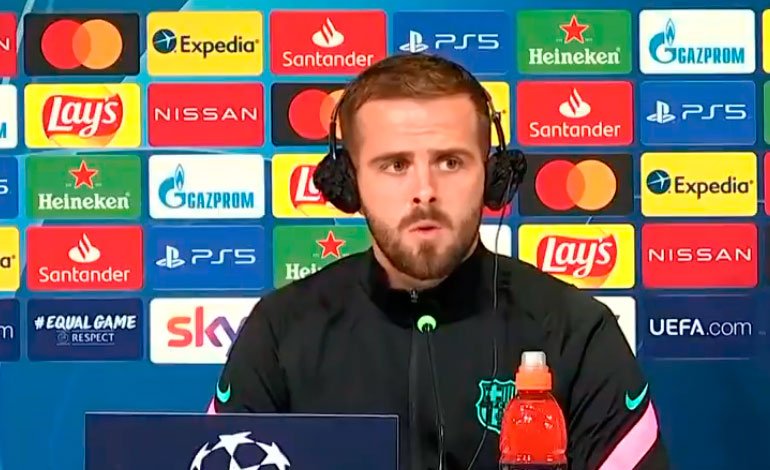 The Bosnian Barcelona player, Miralem Pjanic, who in the first part of the season has not yet established himself as a starter, recalled that he signed for the Barça club “to play”.

In the press conference prior to the Champions League match that will be played this Wednesday in Turin against JUventus, a club that he left last summer to sign for Barça, he admitted that in the big clubs “there is a lot of competition” and he thought that he can play with Sergio Busquets and Frenkie de Jong in midfield.

“There is a lot of competition at the big clubs. I’m here to play, to help my club and my team and it’s normal that I want to play. And of course the three of us – Busquets, De Jong and him – can play together. The only thing I can do is train well and then wait for the coach to decide.”

You can also read:  Zidane: The players endured the criticism, now to enjoy

Despite his insistence on playing more minutes, Pjanic acknowledged that he is still “adapting” after later joining the Barça discipline after testing positive for covid-19.

“I’m fine, at the coach’s disposal, and I want to help the team both in ‘Champions’ and in the League. The only thing that matters to me is that the team is doing well and having a good season. In the League things are not how we want, but the season is long. This team with the quality it has can do a lot of things,” he added.

Pjanic is confident of playing tomorrow against his former team, in a match that he anticipates will be “very difficult” against a rival he described as “very good.”

You can also read:  Barça and Madrid, the most consistent teams, according to mathematics

“It will be a very difficult and combative match. We are two squads that want to finish first in the group”, settled the Balkan midfielder. EFE (hn).