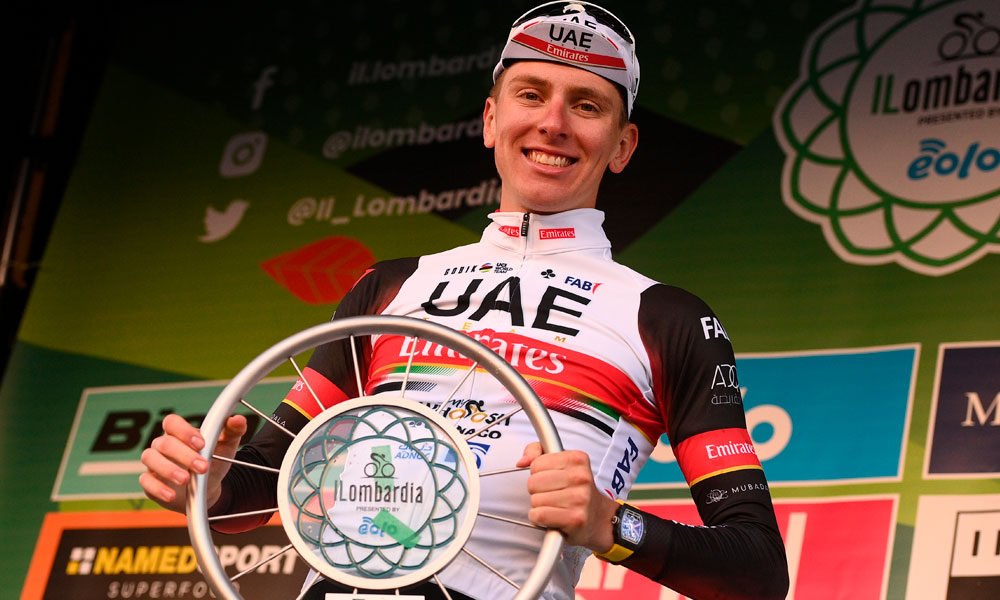 After winning his second Tour de France in July and the Liege-Bastogne-Liège in spring (boreal), the Slovenian Tadej Pogacar, 23, closed a dream season by winning the Tour of Lombardy, the last ‘monument’ of the year cyclist.

The young phenomenon enriched an already impressive track record with a new exhibition, attacking the rest of the great contenders for victory with 35 km to go to the finish line in Bergamo (northern Italy), in the 115th edition of this race.

Pogacar adds his 30th victory as a professional, the 13th this season and the first since his consecration on the Champs Elysees in Paris on July 18, although he later took the bronze medal in Tokyo-2020 in the online test.

Pogacar surpassed his escape partner, the Italian Fausto Masnada (Deceuninck), at the end of a race of 239 km.

You can also read:  Greg LeMond, suffering from leukemia, will not be in the Tour de France 2022

The race was held under an autumnal sun and it was decided on the ascent of Passo di Ganda (9.2 km at 7.3%), which a fairly large peloton, despite the bumpy route, faced with 40 km to go to the finish line in Bergamo .

With 35 km remaining, Pogacar attacked and achieved a half-minute advantage over a group made up of the rest of the hopefuls for victory: Yates, Alaphilippe, Roglic, Woods, Valverde, Bardet, Gaudu, Masnada and Vingegaard (Jumbo).

You can also read:  The Bahraini Naser, world champion of 400 meters, suspended two years for doping

Only Masnada jumped to hunt him down some roads that the Bergamasco cyclist knows perfectly and caught up with Pogacar at the end of a long and winding descent, about 15 km to the finish, although once together he did not give any relief to the Slovenian.

‘Maybe I lacked a bit of confidence when Pogacar attacked; He was doing well on his legs, but he was already on the edge and I didn’t know if I would be able to keep up with him, ”admitted Alaphilippe, who was also left without a chance to answer as he had his teammate Masnada in front of him.

– Same as Coppi, Merckx and Hinault –
In the chasing group there was no understanding, leaving Vingegaard to shoot only for their leader Roglic, and the differences did not stop growing (45 seconds at 6 km to go), allowing the leading duo to reach the goal alone, where Pogacar surpassed clearly to his rival on the sprint.

“It’s crazy to end the season like this!” Exclaimed the winner of the test. “When I attacked I thought other cyclists would follow me,” he added.

None did. Pogacar deserved the victory. He was the strongest today ”, admitted his compatriot Roglic.

Pogacar, the first Slovenian who prevails in Lombardy since the creation of the race in 1905, also enters the select group of cyclists capable of winning in the same year in the Tour and in this classic, formed by the Italian Fausto Coppi (1949) , the Belgian Eddy Merckx (1971 and 1972) and the French Bernard Hinault (1979). AFP (HN)