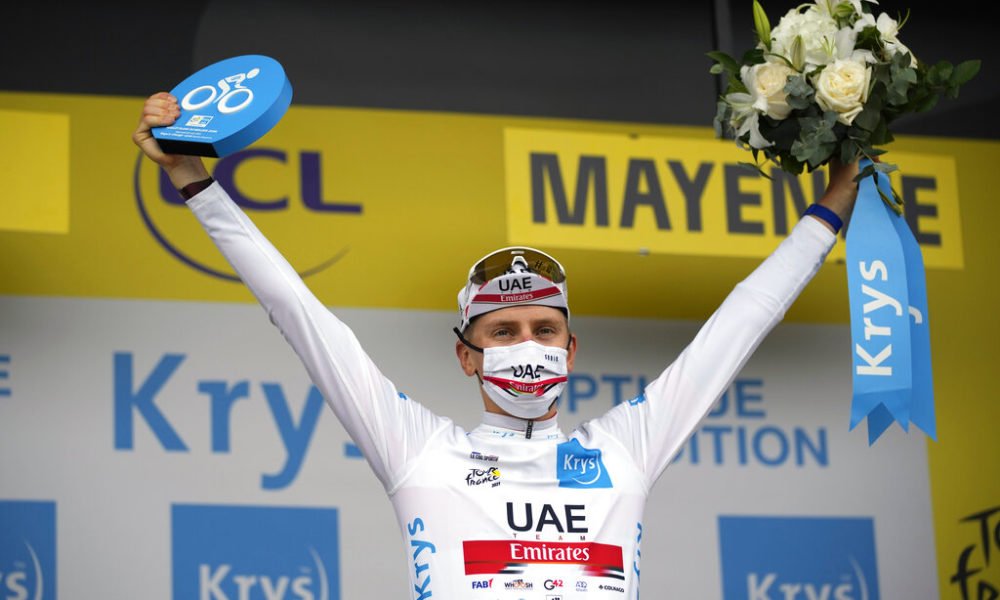 Pogacar, the great winner of the day among the favorites, beat the Swiss Stefan Kung (FDJ) and the Danish Jonas Vingegaard (Jumbo), second and third at 19 and 27 seconds respectively, at the end of the 27.2 kilometers of the time trial, disputed between Changé and Laval.

You can also read:  The draw puts Federer and Djokovic on Nadal's horizon in Indian Wells

The 22-year-old Pogacar conquered the 2020 Tour de France thanks to a victory in the time trial at La Planche des Belles Filles on the penultimate day of the race. This Wednesday he managed to scratch more or less time to all his direct rivals for the title in this edition.

The Colombian Rigoberto Urán was 1 minute and 8 seconds behind Pogacar in this stage and the Ecuadorian Richard Carapaz 1 minute and 43 seconds.

Pogacar thus signed his ninth victory this season and his fourth stage win on the Tour, in which he participates for the second time.

On Thursday, the route of the sixth stage (160 kilometers) augurs a probable arrival to the sprint in Châteauroux, with 1,600 meters of straight line as a conclusion. (AFP)