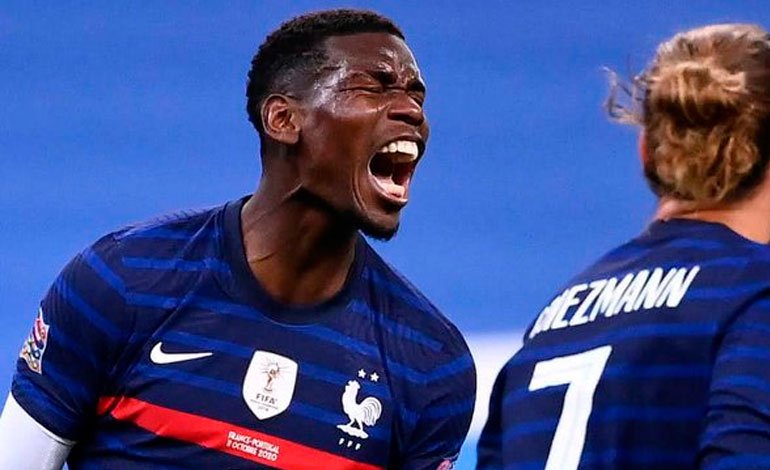 One of the most influential footballers in France is Paul Pogba. The midfielder reviewed before the press the challenges of the world champions in the European Championship, his future at Manchester United and the alleged tensions between Olivier Giroud and Kylian Mbappé.

«(Laughs) The only tensions there are in the back and legs. The masseuses are there to give us a massage and take away all the tensions. There is nothing. There is always an excellent atmosphere with everyone, “said the 28-year-old medium.

After the friendly on June 8, a 3-0 victory for France against Bulgaria, Giroud clarified when asked by a journalist that he had remained discreet for much of the match because “he had not received the passes despite his unchecking.”

You can also read:  Depay allows Barça to start the Xavi era with a win

The Chelsea striker did not mention Mbappé at any time, but the PSG striker took the hint and showed his anger, according to what L’Équipe reports on Thursday.

“There is nothing. In any case, in front of me, nothing. Perhaps there has been a mistransmission of information. All French people know Kylian, all his qualities, he does extraordinary things for his age. I haven’t seen anything, I haven’t noticed anything. I don’t feel tension, there are smiles, music and massages, “he closed.

A year from the end of his contract at Manchester United, Pogba was questioned about a possible interest from PSG to hire him.

«I have one year left on my contract, everyone knows it. I have not yet had a concrete proposal (to renew). We finished the season, we had the Europa League final (lost to Villarreal) and then the holidays. I have not spoken with the coach (Ole Gunnar Solskjaer), “he said.

You can also read:  Tite hopes that the South American classic will be "a great show"

The midfielder assured that his future is now the European Championship, which begins for France in five days against Germany.

“Australia does not touch us (their first rival in the 2018 World Cup), we started strong and we are going to prepare that game that is one of the fat ones,” he assumed.

The player clarified that the fact of starting as one of the clear favorites will not “go to their heads” and certified that they face the tournament with “a good mentality.”

He also gave his opinion on the difference of having a lead with Giroud or with Karim Benzema. “They are certainly two different styles, with different qualities out of the ordinary.”

He indicated that with Giroud you can play based on his ability to hold the ball and his good aerial game, while with Benzema there is more handling of the ball and depth. EFE. (JL).