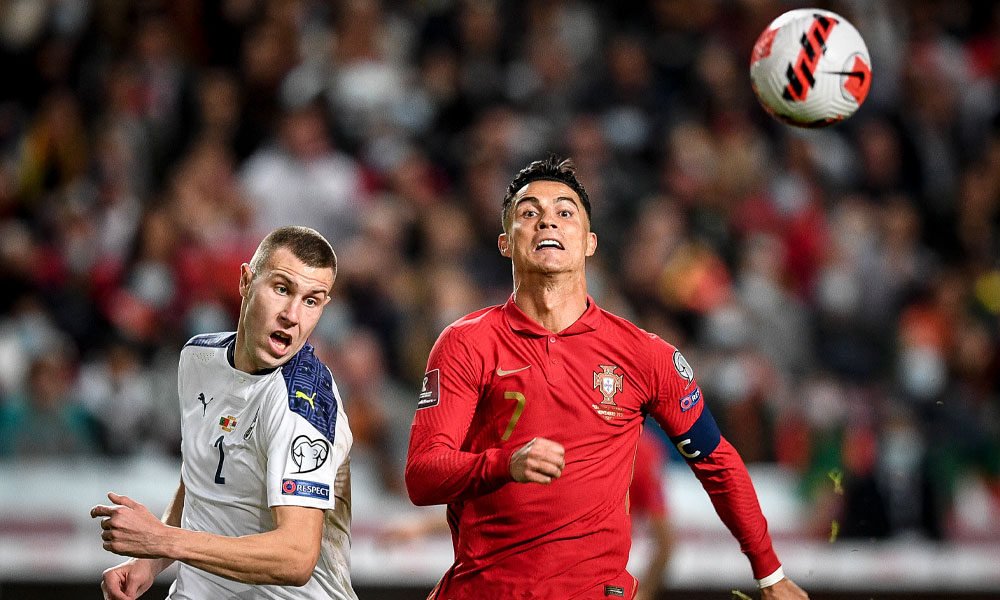 Despite only needing a draw and being ahead in the second minute, Portugal was surprised by Serbia in Lisbon (1-2) and will have to play the repechage to reach the World Cup, while the Balkans took the direct ticket abide.

Portugal, who went ahead at the start with a goal from Renato Sanches, had a gray night and was dominated by the Serbs, who got the prize of the night thanks to goals from Tadic and Mitrovic, the latter already in 89.

The “quinas”, who started with a favorable goal difference, just a draw against Serbia, a team they had never lost to date, was enough.

But the Portuguese lacked brilliance and, with a Cristiano Ronaldo almost gone, they fell to a Serbia that deserved to win.

They got ahead early, in minute 2 of the game.

Bernardo Silva approved of Nemanja Gudelj’s mistake to steal the ball and gave it to Renato Sanches, who beat the Serbian goalkeeper with ease at the entrance of the area.

But after getting ahead, the Portuguese were backing down before a Serbia that did not collapse and was increasingly imposing its dominance on the Lisbon lawn.

The Serbs warned in the 12th minute with a shot from Vlahovic that went against the left post, and already in the 33rd, they got the tie.

Tadic, at the entrance of the area, cut a rival and shot to goal.

Rui Patrício, who was celebrating his 100th game with the “quinas”, was not at all lucky and when he wanted to catch the ball, he escaped and ended up inside the goal.

The Balkan team continued to dominate in the closing stages of the first half and caused tachycardia on the Portuguese bench when, in the 43rd minute, Vlahovic sent the ball to the nets, but the assistant had raised the flag to signal offside.

After the break, the two teams went looking for possession of the ball, although with little shock.

You can also read:  With Lionel Messi as the protagonist, PSG presented its new jersey

In Portugal it was the scorer, Renato Sanches, who had the leading role in his team, with a great ride in the 53rd in which he failed to define and another shot ten minutes later that went into the hands of the goalkeeper.

Meanwhile, Serbia was looking for holes to surprise the rival, although still without success.

With nerves on the rise in Lisbon because a goal could send the Portuguese team to the repechage, Fernando Santos moved the bench and gave entry to Bruno Fernandes and Palhinha. In ’82, João Félix and Rúben Neves joined them.

But the possession belonged to the Balkans, who chained corners and small scares to the rival goal against a Portugal increasingly stuck behind.

In the end, so much was the pitcher at the source that it broke. In 89, Tadic put a cross from the right and Mitrovic headed it to score a goal and snatch Qatar’s ticket from the Portuguese.

You can also read:  Bayern Munich suffer their first defeat of the season

Serbia finishes first in group A with 20 points and Portugal is second, with 17.

Incidents: Match of the last qualifying round for the Qatar 2022 World Cup corresponding to group A played at the Estádio da Luz in Lisbon. EFE