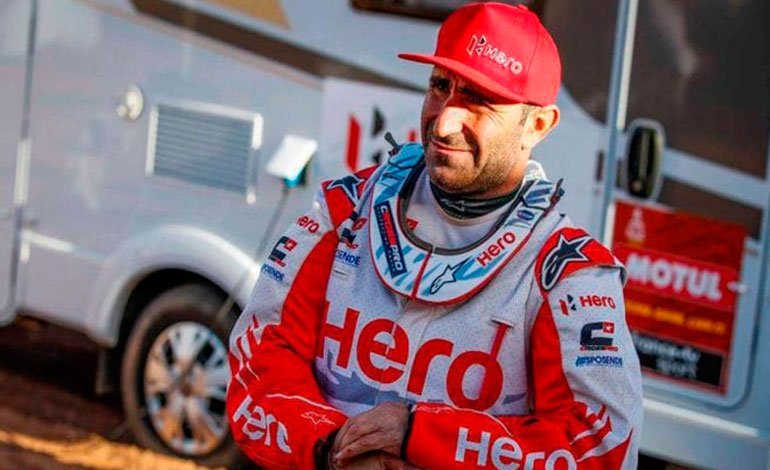 Portuguese motorcyclist Paulo Gonçalves, 40, died on stage 7 of the Dakar Rally in Saudi Arabia after suffering a fall, organizers announced.

Gonçalves, second in the 2015 edition and contesting his 13th Dakar, crashed at km 276 of the special.

The pilot was unconscious and in cardiorespiratory arrest when the medical team arrived at the scene of the accident. After attempting resuscitation, he was transferred by helicopter to a hospital, where his death was certified, the organizers said in a statement.

It was the Australian rider Toby Price, current champion and who was running behind Gonçalves, who found the rider on the ground, said David Castera, Dakar director.

You can also read:  The Spanish pilot Jorge Martín is operated successfully

The Portuguese, world champion of off-road rally in 2013, made his debut in the famous Dakar in 2006 and finished four times in the top 10.

After breaking his engine in the third stage, Gonçalves occupied 46th position in the general classification at the end of the sixth special.

“Paulo was someone who had been here for a long time, whom we all knew, who was even a rally figure,” said Castera. “That’s why these moments are very difficult.”

Since the creation of the rally in 1979, 25 participants have died, 20 of them motorcyclists. The last death of a pilot had occurred in the 2015 edition in Argentina.

You can also read:  Rosberg: "I wanted to quit now, I got to Mount Everest"

“We all know that the motorcycle is dangerous,” said Castera, asked about the risks in this category. You go out in the morning and you have no protection, nothing. All the riders know it, ”added the Dakar director, who competed five times on a motorcycle. «He is also a professional who knew the risks well. This sport is dangerous and it is known.

Gonçalves had been able to take the start of the Dakar this year by the hair, after suffering an accident that caused a fracture in his spleen last December. “For me it is already a victory to be at the start,” he had declared.

You can also read:  F1 will reduce its carbon emissions

Castera announced that he would be honored tonight at the bivouac. AFP