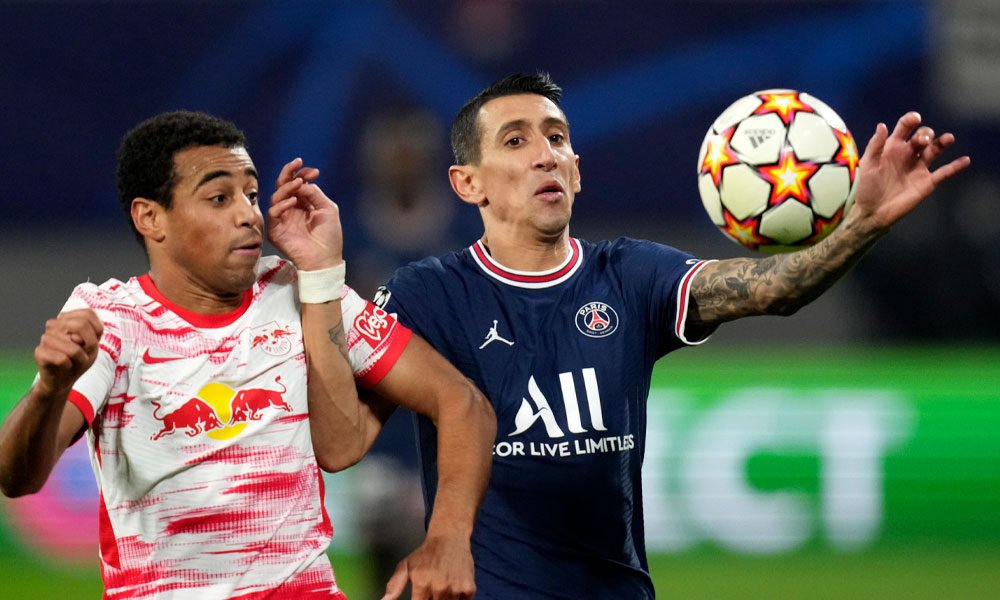 RB Leipzig drew 2-2 against PSG thanks to a penalty scored by Dominique Szoloszbai in the 90th minute, which was not enough to prevent their elimination from the Champions League.

Leipzig had an excellent start that could have given them more in the duel against PSG. Already in the play of the kickoff, he ended up generating the first area situation that ended with a shot from André Silva to Donnarruma’s body from a closed angle.

Leipzig’s high pressure handcuffed PSG in the first minutes. In minute 6 the Swede Emile Forsberg finished from a good position but without strength and without positioning, he allowed Donnarruma to stop without problems.

In the 8th minute, Christopher Nkunku opened the scoring for Leipzig with an André Silva header to the center from the left. The play arose from the pressure of Leipzig that had led Angel María to make a backward pass that Silva intercepted

Leipzig’s initial dominance could have borne more fruit and the second goal did not come primarily because in the 12th minute Donarruma saved a penalty taken by André Silva, who had been knocked down in the area by Danilp Pereira as he was about to finish.

PSG, after the penalty missed by Silva, improved a little and began to enter the game with a little more possession.

Nkunku, however, had a good chance in the 17th when he shot over the top from a good position.

PSG had failed to reach the goal when they found the tie in a play that began with a great pass from Neymar to the area that Mbappé received, whose center was used by Wijnaldum to score from close range in the 21st minute.

PSG’s third arrival, the second having been a Di María shot blocked by Willy Orban, brought the second goal, scored again by Wijnaldum with a header on a corner kick.

Then PSG locked themselves a bit behind but at the same time had the best chance in the remainder of the first half at Mpappe’s feet on a counterattack and only a good save from Peter Gulacsi prevented the third Parisian goal.

In the second half, PSG waited and counterattacked and every time Mbappé started there were fires in the German half. In 52 and 65 the third was close but once Mbappé finished over and in the other he found a good save from Gulacsi

Then, from the entry of Yussuf Poulsen in ’59, Leipzig improved and generated some arrivals, although without showing the same in the first half.

In 90 a penalty, converted by Dominique Szoboszlai, brought the tie. The maximum penalty was sanctioned by the VAR

Incidents: match of the group stage of the Champions League played at the Red Bull Arena in Leipzig. EFE. (HN)