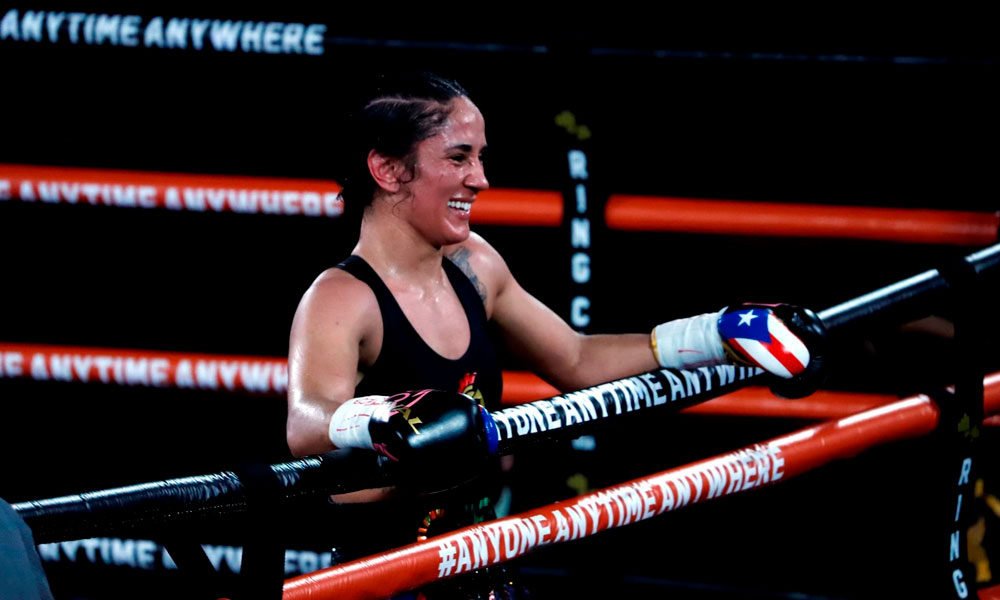 Puerto Rican boxer Amanda Serrano, champion at 126 pounds (57 kilos) of three of the main boxing organizations, has set out to break the world record of 32 victories by knockout held by the exiled Christy Martin.

«I like to fight forward and put pressure. My heart as a Puerto Rican warrior wants to end the fights early so that the message is more forceful, “Serrano said in a press release.

You can also read:  The 'Alacrán' Berchelt in the line of three Mexicans who made history

“I never imagined being close to Christy Martin in knockout victories. It was something that I did not have in mind and now, with God in front of me, I will work very hard to put Puerto Rico back in the Guinness Book, when I manage to reach victory number 33 by knockout. I believe that by 2022 we will achieve it, “he said.

Serrano already appeared in the Guinness World Records in June 2019, for being the first and so far, the only exponent of women’s professional boxing to have won world championships in seven weight categories.

Serrano will defend his world championships of the WBO, International Boxing Organization and the World Boxing Council of the 126 pounds next Sunday, August 29 in Cleveland, Ohio (USA) against the world champion super bantamweight of the WBC, the Mexican Yamileth Mercado.

You can also read:  Yuriokis Gamboa will return to 130 pounds

The fight will be broadcast live on SHOWTIME PPV.

«I like war and my opponent too. Because of our styles, this fight will not reach the limit. We will steal the show this Sunday and more with the special touch of the sporting rivalry between Puerto Rico and Mexico, “Serrano said. EFE (HN)