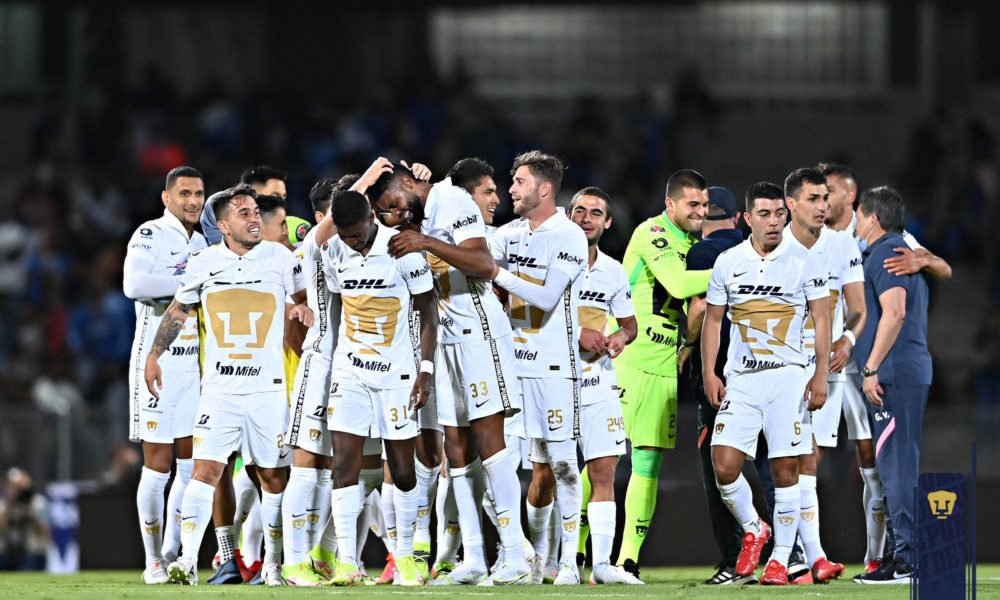 Los Pumas and Atlético San Luis became the last two teams to qualify for the Mexican soccer playoffs by beating Cruz Azul and drawing with Santos, respectively, on Sunday for the seventeenth-last- matchday of the regular phase of Mexican soccer.

At the Olympic University Stadium, the Pumas came from behind to beat the champion Cruz Azul 4-3.

Arturo Ortiz scored 1-0 for the university cats with a header at minute 6.

The celestial team turned the score around with three goals from Roberto Alvarado. But the Pumas approached 3-2 with a left-footed shot from Argentine Favio Álvarez from the edge of the area to 46.

You can also read:  FIFA fines Panama with more than 50,000 dollars for homophobic chants

Diogo de Oliveira provided a double for the cats to complete the somersault, the victory and the classification; The Uruguayan scored 3-3 at 62 and 4-3 at 84 with frontal shots inside the area.

With this result, the Pumas reached 21 points and placed themselves in eleventh position, displacing and eliminating Necaxa.

At the Corona Stadium, Atlético San Luis drew a goalless draw with Santos.

With this tie, Atlético finished in twelfth place with 20 points with which they displaced and eliminated Mazatlán.

In the course of the date, the last three direct qualifiers to the quarterfinals were defined: Atlas, León and Tigres, who joined the leader América, who secured their pass in advance.

You can also read:  Messi continues to lead the scorers of the Copa América-2021

On Thursday at the Jalisco stadium, Atlas beat Querétaro 2-0 and when they reached 29 points they closed in second place in the table.

On Saturday at the Nou Camp stadium, León beat Necaxa 3-0 and finished third in the standings with 29 points.

At the University Stadium, the Tigres were in fourth place with 28 points after beating Juárez 3-0.

América, Atlas, León and Tigres were waiting for their opponents in the quarterfinals that will come out of the four repechage series that will be played in one match.

You can also read:  Llorente relapsed from his injury against Liverpool

The six teams eliminated in the regular phase of the tournament were: Mazatlán, Necaxa, Pachuca, Juárez, Querétaro and Tijuana. (AFP)

–Results of the day
-Thursday