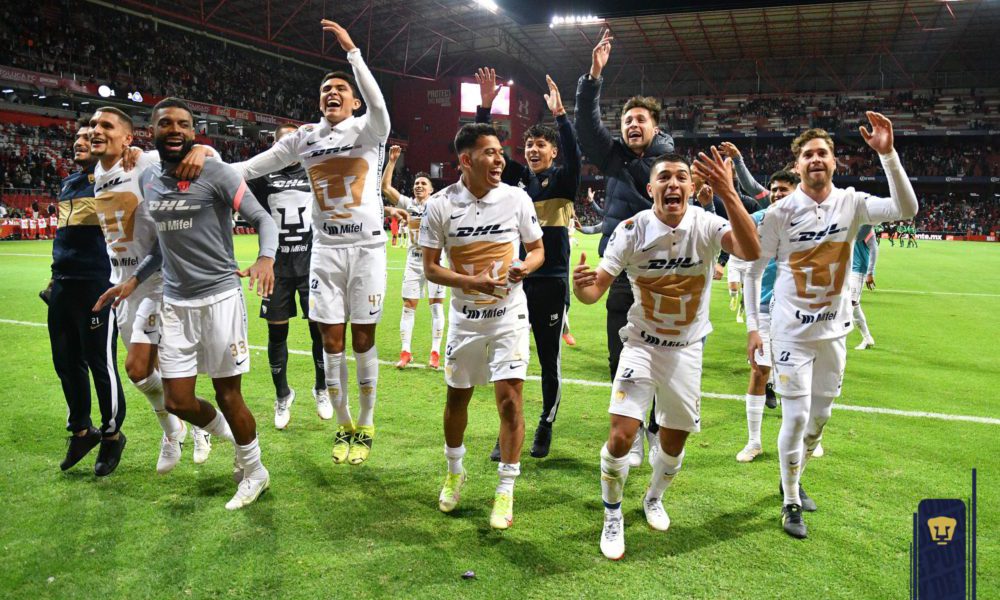 The Pumas advanced to the quarterfinals of the Apertura-2021 Mexican soccer tournament by beating Toluca 2-1 at home on Sunday in their repechage match, played at the Nemesio Diez stadium.

At minute 16, Leonel López saw the Toluca goalkeeper ahead and surprised him with a shot from the center circle, just past the half court, for the 1-0 for the Pumas.

Argentine Juan Dinenno made it 2-0 at 50 with a shot inside the area after the ball hit the crossbar after a shot from Brazilian Diogo de Oliveira.

The ‘Red Devils’ of Toluca approached 2-1 with a penalty charged at 62 by Haret Ortega low and to the right of the goalkeeper who launched himself to the opposite side.

Later at the Azteca stadium, Cruz Azul faced Monterrey in the fourth final series of reclassification.

On Saturday the first two play-offs were played. At the Corona stadium, Santos’ ‘Warriors’ qualified for the quarterfinals with a 2-0 win over Atlético San Luis.

In the Cuauhtémoc stadium, Puebla defeated the ‘Chivas’ of Guadalajara 6-5 on penalties after rescuing the tie 2-2.

At the moment there are three series of quarterfinals already defined: América-Pumas, León-Puebla and Tigres-Santos. (AFP)