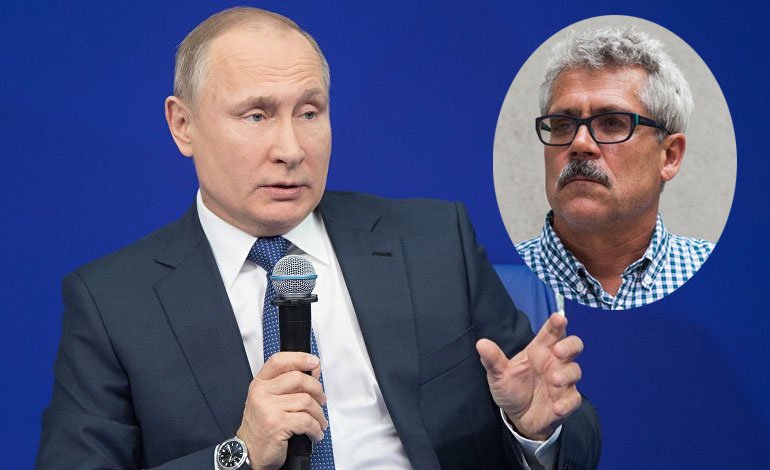 Russian President Vladimir Putin called Grigori Rodchenkov, a former anti-doping officer-turned-leaker, a “moron” that should be “put in jail”, who accused him of having played a crucial role in institutionalized doping in Russia.
Now they have this idiot Rodchenkov (refugee in the United States). This man clearly has trouble with the law […] You have to put him in jail, “he declared during a conference with leaders of his campaign headquarters for the presidential elections in March.
The Russian president later acknowledged that the scandal in which the country is immersed “is our fault, there were cases of doping in Russia.”
«It is the truth and I want the audience and the whole country to know it. But there were such examples (of doping) all over the planet, but they are not prominent or dramatized, “Putin added.
“We must not transform sport, the Olympic movement, into the backyard of some kind of political kitchen,” he continued, according to statements broadcast on public television.
Grigori Rodchenkov claimed in an interview broadcast on Monday by the German channel ARD that only the Russian president had the power to order the secret services (the FSB) to organize the doping system revealed in Russia.
Dimitri Peskov, a spokesman for the Russian president, earlier called these accusations defamatory.
Grigori Rodchenkov was indicted by the Russian justice in February 2011 for trying to sell doping products to athletes. He tried to commit suicide after his indictment and was admitted to a psychiatric hospital. He later appeared as a simple witness in this case that ended with the conviction of his sister Marina Rodchenkova.
Throughout the case, Grigori Rodchenkov remained the director of the Moscow anti-doping laboratory.
In 2016, following the revelations of Rodchenkov, who took refuge in the United States, the McLaren report commissioned by the World Anti-Doping Agency revealed the organization in Russia of an institutionalized doping system, especially during the 2014 Winter Olympics in Sochi. .
Moscow always denied the institutional dimension of the system. In December, the Russian investigative services charged Rodchenkov, whose testimony was the trigger for the case, of having personally doped the Russian athletes and of having “tampered” with the control samples.
The international Olympic and Paralympic committees banned Russia from participating in the Pyeongchang winter games in South Korea (February 9 and 25), but some athletes, considered ‘clean’, will be able to participate in the Olympic colors. AFP

You can also read:  Hamilton starts rehearsals well at Monza