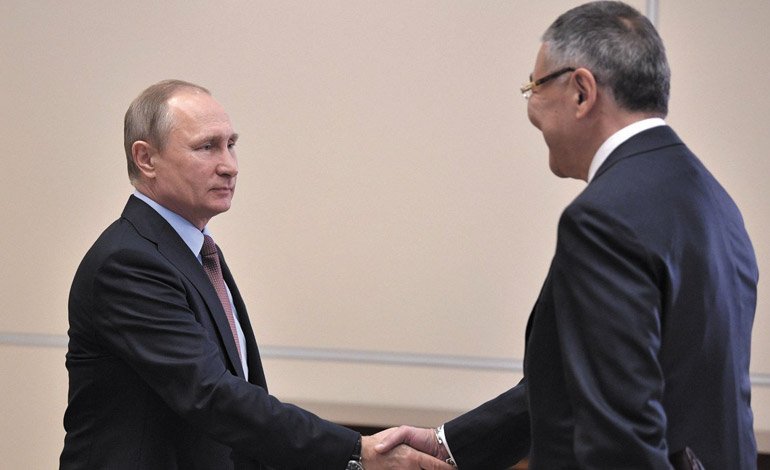 Russian President Vladimir Putin appointed a former kickboxing world champion as governor of the Russian republic of Kalmykia (South), known to be the only Buddhist region in Europe.

Batu Khasikov, 38, was appointed following the resignation of former Governor Alexei Orlov, the Kremlin announced in a statement.

Between 1993 and 2010, Kalmykia was run by Kirsan Iliumzhinov, a flamboyant billionaire who had long led the International Chess Federation (FIDE), and famous for explaining in 2011 that he had been abducted by aliens.

Batu Khasikov was several times champion of Europe and the world of kickboxing in different categories.

He represented Kalmykia between 2012 and 2014 in the Federation Council, the upper house of the Russian Parliament. He was also an advisor to local authorities for questions about youth policy.

Kalmykia, a sprawling Russian republic on the edge of the Caspian Sea with just 300,000 inhabitants, is the only administrative division in Europe whose population is predominantly Buddhist. Its population settled in the region in the 18th century, after a long migration from the northwest of present-day China. AFP