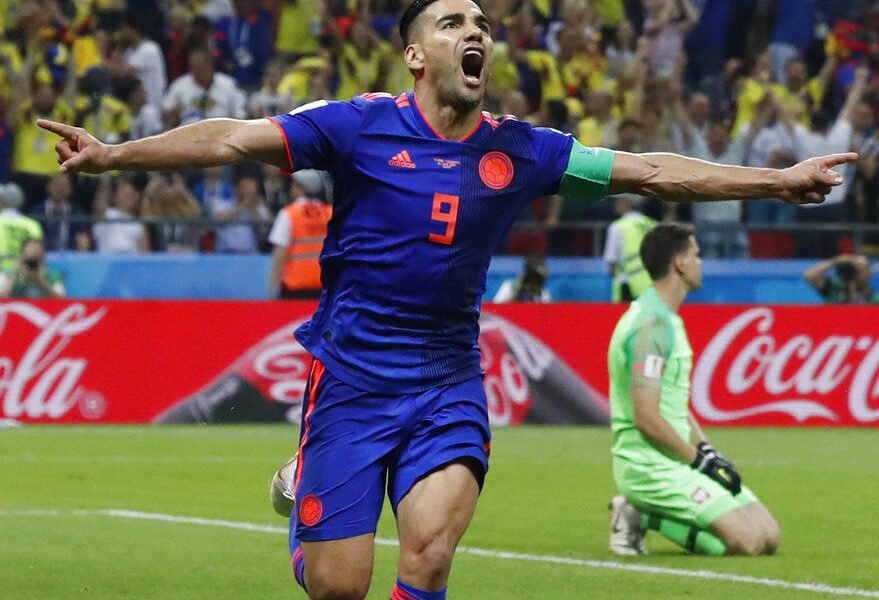 The reappearance of Radamel Falcao with the Colombian team in the triple round of the South American qualifiers for the 2022 World Cup raises the hierarchy of the squad, in the opinion of its members who are getting ready for Thursday’s game against Bolivia.
The 35-year-old “Tigre” Falcao, a historic scorer for the national team with 29 goals, returns to the national team after leaving injuries behind and encouraging his members.
On the day, versions emerged that Rayo Vallecano, recently promoted to the first division of Spain, had completed the acquisition of Falcao, from Galatasaray of Turkey, just before the transfer market in Europe closed.
In his last participation with Colombia, Falcaco scored the goal of the agonizing 2-2 draw against Chile in Santiago, in October 2020.
“Falcao gives a lot of hierarchy to the team, he gives it a name and weight, he is one of our captains … The attack having him is a concern for the other teams. Among the variants, a player like him weighs a lot for these three games ”, Rafael Santos Borré, former player of River Plate of Argentina and now of Eintracht Frankfurt in the Bundesliga, highlighted in a virtual chat with journalists.
Colombia enlists in Santa Cruz de la Sierra, 416 meters high. From there, its members will travel to La Paz this Wednesday with the idea of ​​minimizing the dreaded effects of 3,579 meters of altitude.
“You have to have a lot of respect for height but we have the weapons to do damage and we are going to go looking for the three points to take advantage of the spaces we have,” said Gustavo Cuellar, midfielder for the Al-Hilal club in Saudi Arabia.
Colombia trains at the Ramón Tahuichi Aguilera stadium and coach Reinaldo Rueda has 22 players, including Borré, Camilo Vargas, Matheus Uribe, Luis Díaz, Juan Guillermo Cuadrado, William Tesillo, Roger Martínez, Stefan Medina, Juan Fernando Quintero, Yerson Candelo , Óscar Murillo, Yairo Moreno, Cuéllar and Dairon Mosquera.
The attention of the Colombian players will focus on forward Marcelo Moreno Martins, Cruzeiro player from Brazil.
“Marcelo is a benchmark for Bolivia, we have analyzed him and how they look for him to finish … You have to revere him when they play on the sides … Look for the shortcomings of the Bolivian squad,” said Cuéllar.

You can also read:  Simeone: I'm not looking for excuses