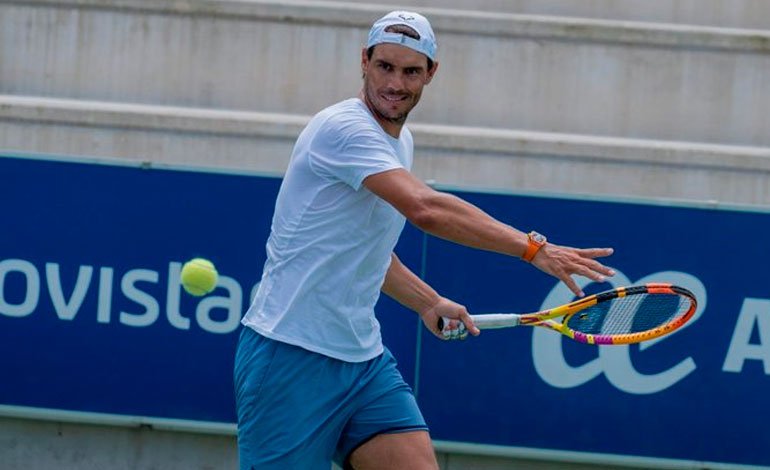 The Spanish Rafael Nadal said that he felt the disqualification of Serbian Novak Djokovic in the US Open, and that in his case he was delighted to be back on the slopes, although he acknowledged that he is “a little below” his normal level.

“Djokovic was unlucky, I feel sorry for him, he had a chance at this Slam,” he said about the world number one. “You shouldn’t do things like that, but they happen in unfortunate circumstances,” he commented, referring to the blow he hit a chair umpire. “On the track it is important to be in control to avoid bad luck, I sure did not want to hit anyone,” Nadal settled on this matter.

You can also read:  Federer could be low at Australian Open and does not rule out retirement

“I’m delighted to be back,” he said of his return to the circuit. “The circumstances have been heavy for all, difficult. But here we are. Rome is always exciting. It is undoubtedly one of the most important events in the world, “he said.

“And at the same time, of course, it won’t be the same without crowds and being in the bubble without being able to enjoy the city a bit. But at least there is a tournament here in Rome and that’s good, “added Nadal.

Regarding his decision not to compete in the US Open, Nadal defended his position. “I don’t regret not having played the US Open. I didn’t follow it much, I only saw the end. When you make a decision, you follow through with it. I did what I thought was best for me and my family, ”he said.

You can also read:  Djokovic beats Raonic and secures the semifinals

“Now I feel good, maybe a little below normal because I haven’t played for a long time,” he said about his level. To be one hundred percent you have to play. It will be tough against Carreño Busta but it will also be a good test, “he commented on his duel with the semifinalist in New York. EFE. (HN).