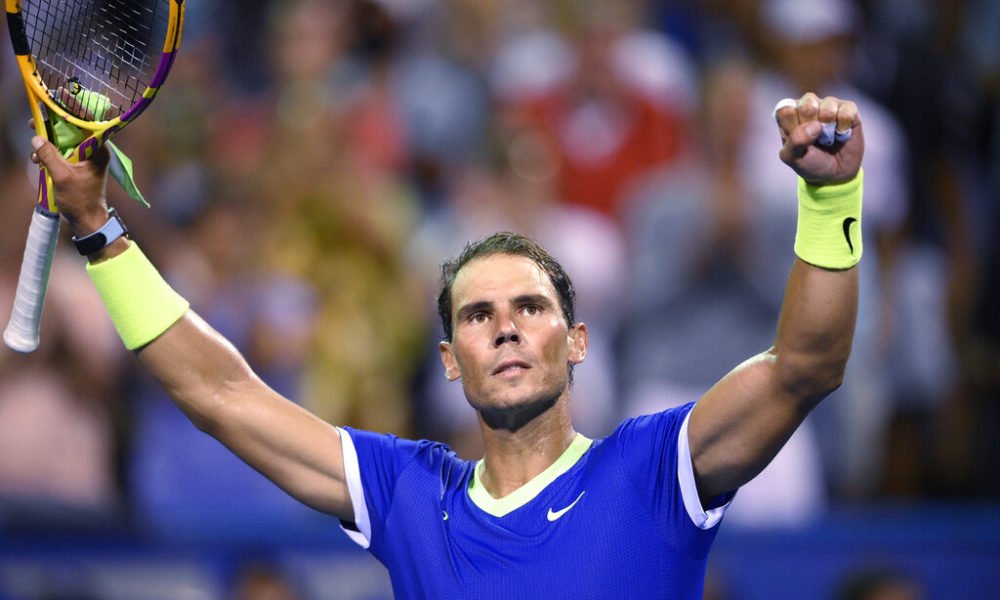 Spanish tennis player Rafa Nadal, winner of twenty Grand Slam, admitted on Wednesday that he faces a “process that is going to be difficult”, after undergoing treatment to overcome his left foot problems.
Nadal, who on August 20 had ended his season due to foot problems, said this Wednesday in the presentation of a documentary about his academy that he is still “a little sore in the foot.”
Despite these problems, the tennis player said he was “looking forward to improving, looking forward to facing a process that is going to be somehow difficult, painful at some point, but that I have to go through to fight for what I want again.”
Nadal had published last Saturday a photo of him with his left foot bandaged or in a cast, announcing that he had been in Barcelona “to receive a foot treatment that will keep me off track for a few days and a few weeks off the track.”
The problems of the Spanish tennis players had led him to resign this season to Wimbledon, the Tokyo Olympic Games and the United States Open, playing his last match in the Washington tournament at the beginning of August, where he lost in the round of 32 with the South African Lloyd Harris.
“Obviously the script was not lame today, with crutches a few days ago, but it is essential to know how to adapt and accept things as they come,” he said.
“In life I have had a lot of fantastic things, incredible things have come to me during my career and also more complicated things at the level of injuries, but I have always found a way to get ahead,” he added.
“Over the years, it is getting more and more complicated because one has to be realistic and the clock does not stop, but I am still looking forward to it,” Nadal concluded at the presentation of the documentary, which premieres worldwide on Friday.
This documentary series about Nadal’s academy, recorded over a year, goes through the ins and outs of the Rafa Nadal Academy with interviews with people like his uncle, former coach and director of the academy, Toni Nadal, the Swiss Roger Federer or the basketball player Pau Gasol. (AP)