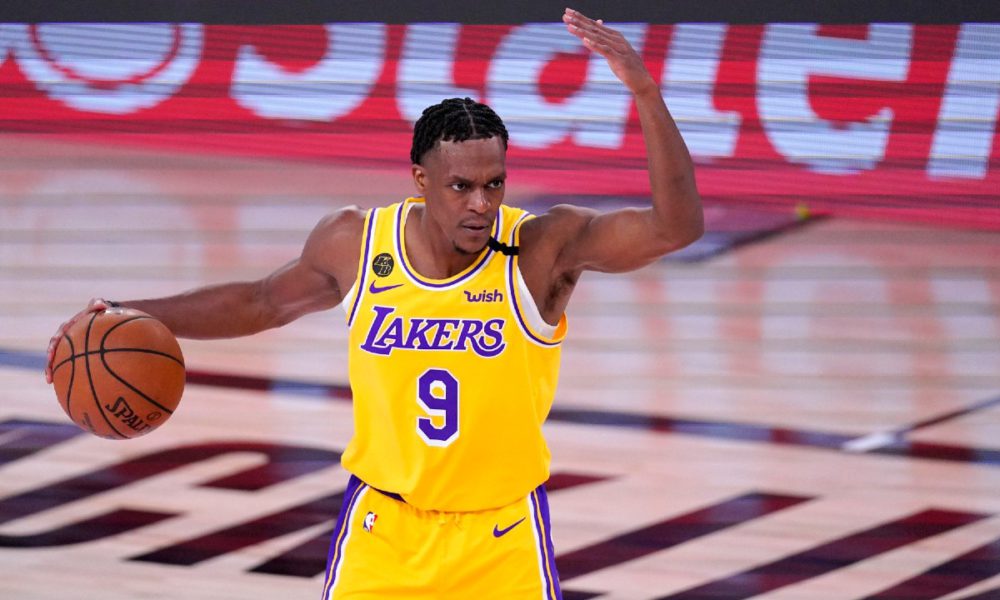 Rajon Rondo is a key player when his teams win, and he has been wandering from franchise to franchise since leaving the Boston Celtics in 2015. Since then, he has been through seven different NBA spots with mixed results.
In the last season he was with the Los Angeles Clippers, with whom he only played 18 regular season games and 13 Playoffs, although with very few minutes. Not satisfied with him, the franchise sent him on a trade to the Memphis Grizzlies.
Rondo agreed to leave the team and quickly re-signed with the Los Angeles Lakers, with whom he won his second ring in the NBA in 2020. There his level was much higher than what was seen in Clippers, and the 35 point guard reflected on the matter. .
Rajon Rondo vs. Clippers and Tyronn Lue

You can also read:  NBA presents plan to players to restart season

“Like I said, it hasn’t been 10 years,” Rondo said in his introductory press conference on the return to the Lakers. ‘I don’t think much has changed. I don’t think my game has declined. Your level depends on the confidence that your coach has in you and watching what comes with the Lakers and this roster, understanding where I am in my career, but at the same time, I think I can still bring a lot to the game. But my main objective is that if we win, nothing else matters, “he said.
This is a clear blow for Lue, who gave the player few chances even though his level was not the best either. Now, he will play again with LeBron James, whom he respects a lot and with whom he shares great chemistry on the court. (Bolavip)

You can also read:  LeBron James is released from contract