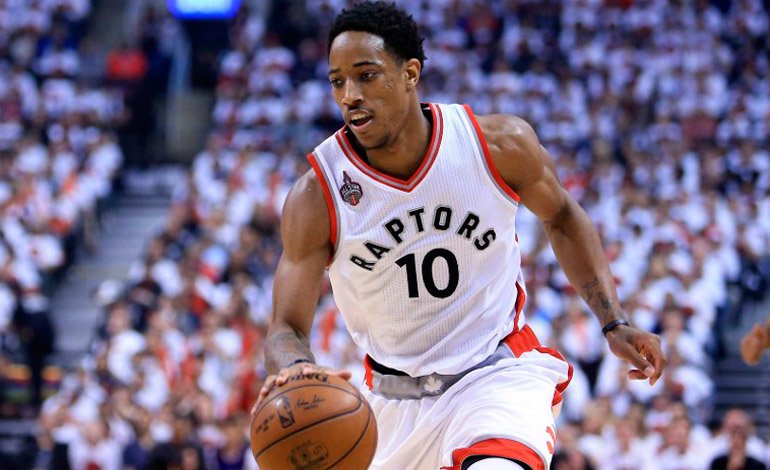 The great individual and team basketball has not been present in the Eastern Conference semifinal playoff series, but the Toronto Raptors and the Miami Heat have given it suspense and excitement by forcing the best of 3-3 tie. seven and in the seventh they will have to decide the finalist.
It was all or nothing that both teams are going to experience for the second time in a row so far in the competition of the final phase and in the first series the two also had to define their fate in the seventh game.
The winner will become the fifteenth team to qualify for the conference finals after winning the previous two series exhausting the competition schedule.
Playing on their home field at the Air Canada Center gives the Raptors a bit of an advantage as they look to make it to the finals for the first time in their history.
The Heat know what it’s like to be in the finals and also get three league titles, but it would be the first time and also the first team in the NBA that would play in a Conference finals after coming back from two adverse scores of 2-3 in consecutive playoff series.
They also have the special incentive that one more victory and qualifying for the finals in the Eastern Conference will give them the dream opportunity to face their former star player, forward LeBron James, of the Cleveland Cavaliers, who left them two seasons ago.
Apart from the fact that a great sporting spectacle can be given, what is guaranteed is that there is a lot at stake in the match and that equality will once again be present, as well as physical and contact intensity.
Either the Raptors or the Heat, whichever team wins, will join the Cavaliers, Golden State Warriors and Oklahoma City Thunder in the fight for the NBA title.
“That’s why we’re at this stage, to be pushed and tested and challenged,” said Heat coach Erik Spoelstra, who is comfortable with the pressure. “There is no greater challenge than the seventh game.”
The Heat, last Friday, passed the first litmus test by winning the sixth game (103-91), avoiding elimination and forcing the seventh and decisive game.
The Miami team won the seventh game in the first round after beating the Charlotte Hornets, and the Raptors did the same with the Indiana Pacers, who despite their inconsistency in the game always put the Canadian team in trouble.
The Raptors are confident that history will repeat itself and on Sunday they may have made history with their first qualification for the Eastern Conference finals.
“Game 7 in the first round was a little closer,” Raptors star point guard Kyle Lowry admitted. “This Sunday’s game will be going out on the court and attacking the rim, since we have no other option or strategy if we want to win,” he added.
It is true that each team is different and the same happens with the season, but the favorable outcomes have not been constant in the history of the Raptors, who accumulate a 2-6 record when they have had the opportunity to eliminate an opponent.
The Raptors lost Game 7 at home two years ago against the Brooklyn Nets, a team in which current Heat forward Joe Johnson played, which has given the Heat’s offense more consistency after the center’s sick leave. Chris Bosch
But Lowry and teammate shooting guard DeMar DeRozan have combined scored an average of 42.7 points in the series and put together a 38 percent offensive efficiency.
“We will be between a rock and a hard place,” Raptors forward DeMarre Carroll acknowledged. “The seventh game will be played on our field, with our people. What better place can you be in? But in the end what counts is that you have to win it».
The Heat have shown that in the face of injuries and difficulties they have once again found the way to improve themselves and show that they also know how to win.
The Miami team has won its last four Game 7s, and they are in with a chance of joining the Los Angeles Lakers and Boston Celtics as the only teams to have won five straight Finals games and are 7-1 in the eight duels in which elimination was played.
Somehow, Miami has won its last three series in which it has been down 2-3, showing that it is a team prepared to play under pressure.
Decisive players such as shooting guard Dwyane Wade and Slovenian point guard Goran Dragic, leading scorers for the Heat, are convinced that it is time to give an extra when they meet on the field as they did in the sixth.EFE

You can also read:  Hungry for revenge, Bucks start with victory against Miami Heat