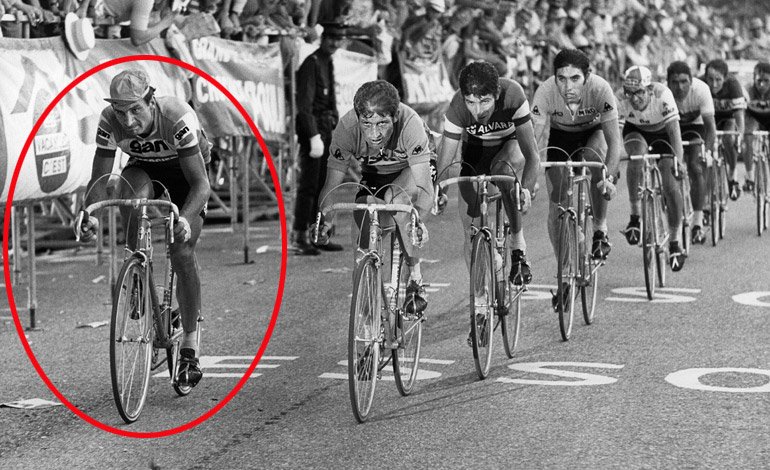 Raymond Poulidor, better known as the “eternal second-best” of the Tour de France after being in the shadow of five-time champions Jacques Anquetil and Eddy Merckx, has died. He was 83 years old.

Perhaps the most popular cyclist in France, Poulidor set a record by climbing the podium of cycling’s most prestigious race eight times during his career. But he was never the first, and he never wore the famous yellow leader jersey.

Poulidor was hospitalized last month after suffering a bout of fatigue this summer during the Tour, where he worked each year as an ambassador for the sponsor of the yellow jersey. Ironically, considering he never wore it during his cycling career, he wore a yellow jersey every day for this activity during the round.

Poulidor, who participated in 14 Tours between 1962 and 1976, finished second in three editions and was third in five. The fact that he was never able to surpass Anquetil made him a fan favorite.

The son of farmers, Poulidor enjoyed unrivaled popularity despite never winning the Tour.

It is as if Poulidor’s career had been cursed by a whim of fate, since it took place during a great era of cycling, competing against myths like Anquetil and Merckx, who won the Tour five times each.

Poulidor was a complete cyclist, gifted with excellent climbing skills. He achieved prestigious triumphs in the Milan-San Remo and Flecha Walloon classics, the Paris-Nice race and the Vuelta de España – his only one-time finish after the three Grand Tours.

You can also read:  Ekstrom wins car stage and Sunderland motorcycle stage at the Dakar

His rivalry with Anquetil in the mid-1960s captured sporting attention, dividing France into two camps, and his ambitions to conquer the Tour were later thwarted by Merckx’s total dominance.

Poulidor made his professional debut in 1960 and shone with the French team Mercier before retiring in 1977, a year after finishing third on his last Tour, escorting Lucien Van Impe and Joop Zoetemelk, when he was 40 years old. AP