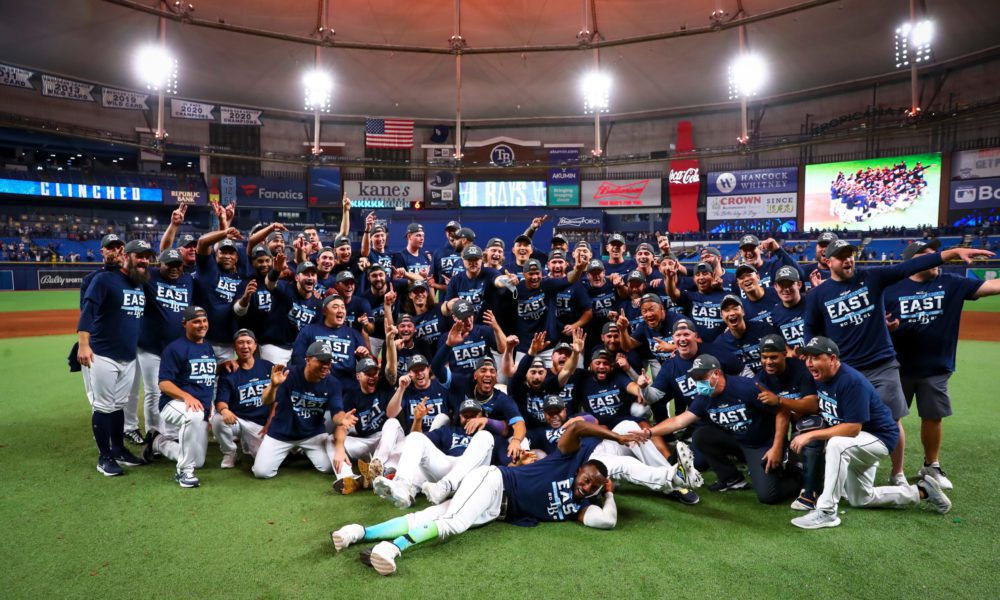 The Tampa Bay Rays secured their second consecutive American League East title on Saturday, thanks to a homerun by Mike Zunino and a pair of RBI doubles by Brandon Lowe, to beat the Miami Marlins 7 × 3.

Reliever Pete Fairbanks retired Lewis Brinson on a bases loaded pinch hit for the final out, giving the Rays a chance to celebrate in their own field.

Hours earlier, Tampa Bay’s magic number was reduced to one when the New York Yankees beat Boston 5 × 3. There was a standing ovation from the 23,783 spectators at Tropicana Field when the Yankees’ victory was announced after the top of the sixth inning.

You can also read:  NY Yankees honor Derek Jeter for induction into Hall of Fame

Tampa Bay improved to 96-59 and won its fourth division title since becoming a major league team in the 1998 season.

The club debuted as the Devil Rays at the time and wore jerseys with that name during the Saturday win.