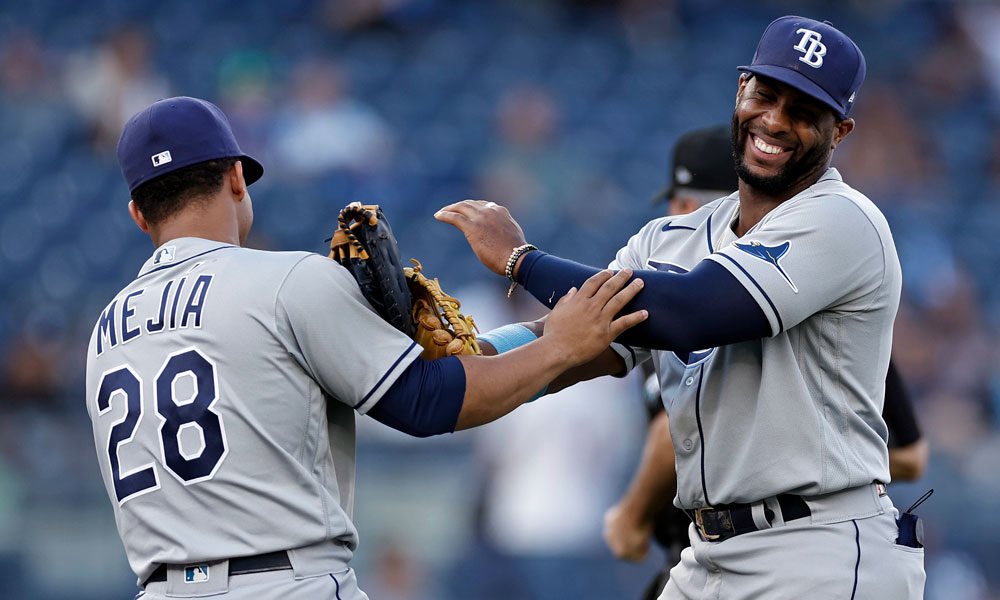 Second baseman Brandon Lowe hit three home runs in the 12 × 2 sweep of the Tampa Bay Rays to the New York Yankees, thus complicating the life of the legendary team from the Big Apple heading into the playoffs.

On the penultimate day of the regular season, New York’s home loss prevented the Yankees from securing one of two wild-card spots for the American League playoffs.

You can also read:  Orioles have 14 losses in a row

The Yankees would also seal a trip to the playoffs if Toronto and Seattle are defeated.

The San Francisco Giants were also looking to secure the NL West title this Saturday with a home win over the San Diego Padres or a home loss for the Los Angeles Dodgers against the Milwaukee Brewers.

San Francisco, Los Angeles, Milwaukee, the Atlanta Braves and the St. Louis Cardinals have already sealed spots for the National League playoffs, while Tampa Bay, the Houston Astros and the Chicago White Sox have seized positions. in the postseason in the American League.

The Yankees lost their chance when the Rays defeated them at their own home in Yankee Stadium on Saturday.

Lowe’s three-run homer to right field gave Tampa Bay a 3 × 0 lead over the Yankees in the first inning.

Slugger Anthony Rizzo answered for New York with a solo homer in the first.

Still, Lowe hit another three-run homer off Yankees starting left-hander Jordan Montgomery in the third inning and Mike Zunino followed with another solo four-corner hit for a 7-1 lead.

Colombian Gio Urshela’s triple in the fourth pushed Joey Gallo to put the Yankees to 7 × 2, but the Rays responded in the sixth with a single by Dominican Wander Franco that pushed Cuban Randy Arozarena from third base.

Lowe then hit another home run to open the seventh inning and Austin Meadows followed suit with two men on base to seal the scoreboard for Tampa Bay. AFP (HN)

You can also read:  Alex Cora, the Puerto Rican who made history in the World Series