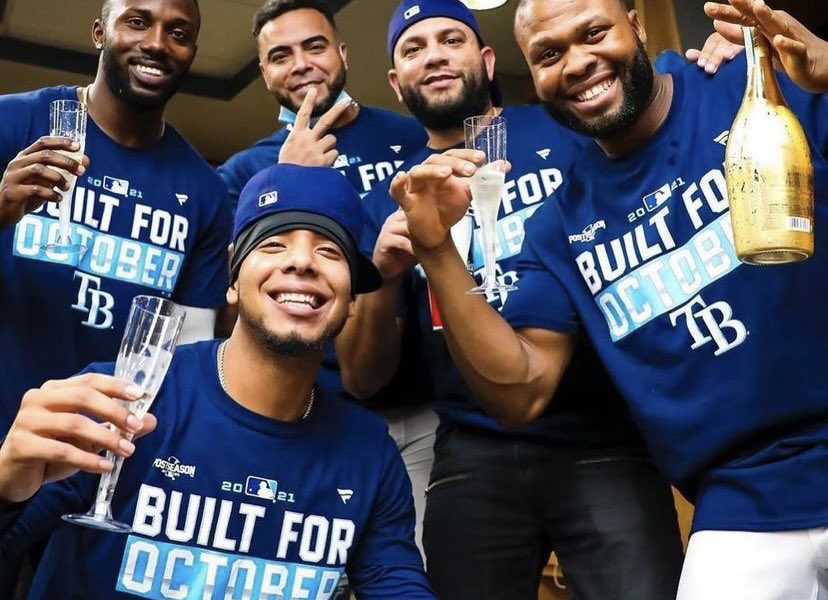 The Tampa Bay Rays tied their ticket to the Major League playoffs last night, while the New York Yankees beat the Texas Rangers to displace the Toronto Blue Jays for the second wild card in the American League.

Slugger Kevin Kiermaier was hit by the pitcher and Cubans Yandy Díaz and Randy Arozarena had an offensive night out as the Tampa Bay Rays beat the Blue Jays 7-1.

Reliever Ryan Borucki hit Kiermaier on the back with his first pitch in the eighth inning, as the Rays were already leading 7-1.

Slugger Austin Meadows hit a three-run homer during a six-touchdown attack in the third inning by AL East leading Tampa (94-59).

You can also read:  The Cuban Gurriel admits that he still has a great margin to grow

It is the third time in a row that the Rays have advanced to the playoffs.

For the Blue Jays, Vladimir Guerrero Jr. went 3-2 and Cuban Lourdes Gurriel 4-1. Meanwhile, for the Rays, the Cubans Arozarena 5-3 with two runs, Díaz 3-2 with two RBIs and Manuel Margot and Francisco Mejía, 4-1 with one scored and 4-2 with one scored, respectively.

You can also read:  Yankees cut series with Houston

In New York, the New York Yankees completed the sweep over the Texas Rangers by beating them 7 × 3, thanks to a double by Venezuelan Gleyber Torres in the eighth inning.

Gary Sanchez followed with a two-run homer and took home the second wild-card spot in the American League for the time being, as the Blue Jays, who lost to the Rays, trailed midgame behind the New York team.

The Yankees’ wild card chase leads them into a difficult compromise at Fenway Park on Friday against the Boston Red Sox, owners of the first wildcard ticket.

The Yankees will then have a confrontation precisely against the Blue Jays, a duel that will surely define who permanently gets the precious postseason visa. Then they close out against the qualifying Tampa Bay Rays.

You can also read:  Don Larsen, the only one who pitched a perfect game in the World Series, passes away

The Yankees won their third straight game after a losing streak of 7-15.