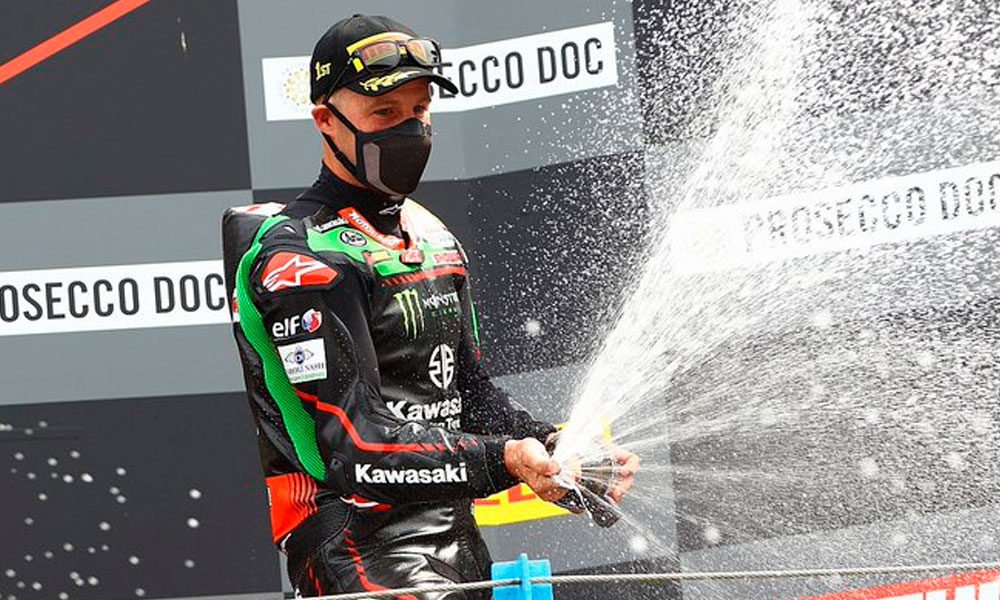 The British Jonathan Rea (Kawasaki), was intractable in ‘The Cathedral’ of the Dutch circuit of Assen, to also prevail in race 2, after having made history in the first.

Rea added his fifteenth victory at Assen after showing off in the super pole and winning race 2 in what is already his fourth hat-trick of his record, despite being in eighth position at Turn 1.

An incident between the Turkish Toprak Razgatlioglu (Yamaha) and the American Garrett Gerloff (Yamaha) at Turn 1 was investigated by the stewards, both were penalized and the Turk was forced to abandon the race.

Rea was relegated to eighth, while Italian Andrea Locatelli (Yamaha) found himself leading a WorldSBK race for the first time in his short career. It took Rea four laps to get into second position and 12 to overtake Locatelli.

You can also read:  Rosberg, world champion despite being second in Abu Dhabi

From then on, there was no one to stop the six-time world champion. The fight centered on Locatelli and Britain’s Scott Redding (Ducati) who finally overtook the Italian on lap 19. Locatelli finished third on his first Superbike podium.

The British Chaz Davies (Ducati) could not get what would have been his 100th podium in WorldSBK in his 200th start and had to fight to keep fourth place before the push of the Spanish Álvaro Bautista (Honda) who got fifth place his best result of the season.

You can also read:  Dani Pedrosa is operated "satisfactorily"

Rea dominates the drivers’ standings with 243 points, followed by Razgatlioglu with 206 and Redding with 162. Bautista is the first Spaniard in eleventh place with 68 points. EFE (HN)