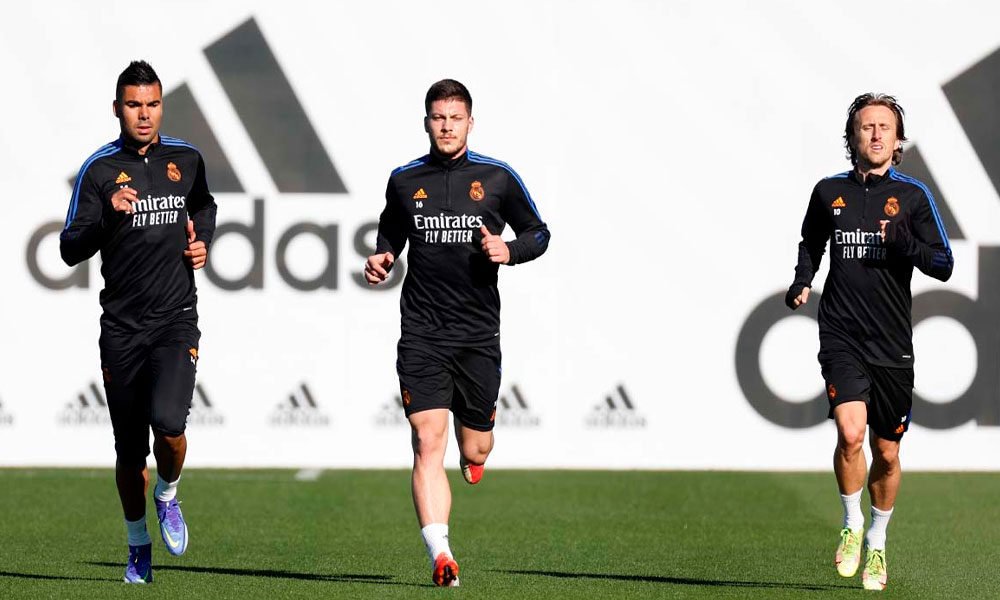 Real Madrid completed the second training session of the week with the return of Belgian Thibaut Courtois, Brazilian Casemiro, Croatian Luka Modric, Spaniard Dani Carvajal and Serbian Luka Jović, who trained outside the group in the majors part of training.

Courtois and Casemiro were released by their respective teams from the last match of the FIFA window, while Modric, Carvajal and Jovic return to white discipline after securing qualification for the 2022 World Cup in Qatar.

In addition, the Uruguayan Fede Valverde, the Brazilian Rodrygo Goes and the Spanish-Dominican Mariano, who are recovering from their ailments, have returned to exercising alone and, according to EFE from Real Madrid sources, it will be determined tomorrow if they travel to Granada for the match next Sunday at the Nuevo Los Cármenes Stadium.

The squad led by the Italian Carlo Ancelotti began the day in the gym and then took to the grass of the Ciudad Deportiva, where they carried out “rounds, demanding ball possession exercises and tactical attack and defense work,” reported the white club. In addition, he played several games in a small field to finish the job.

For their part, the Spanish Dani Ceballos, injured in the ankle, and the Welshman Gareth Bale, again touched in the right soleus after his match with Wales, worked outside the group in their recovery. EFE