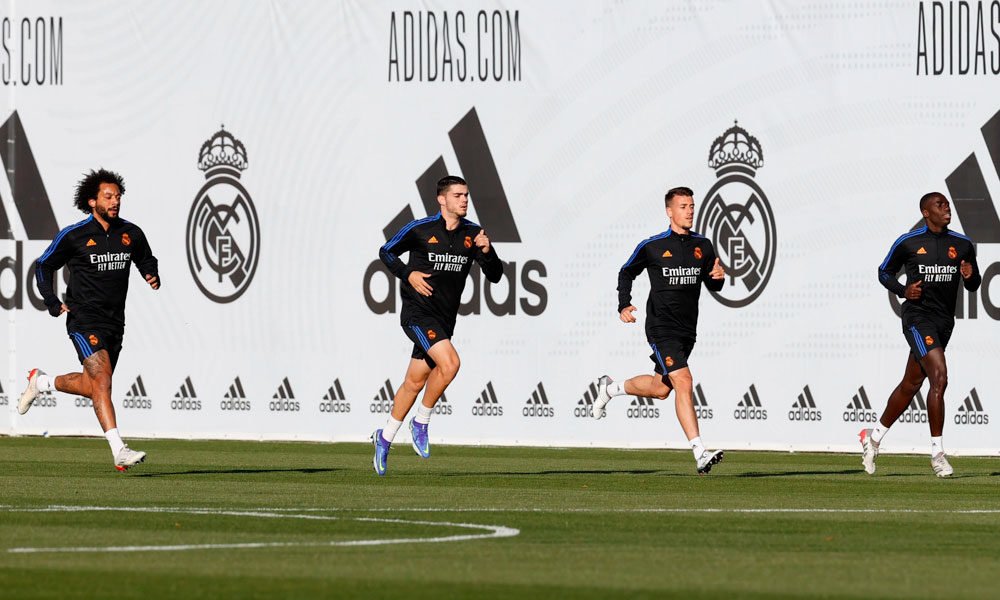 Real Madrid, after two days of rest after the victory at the Santiago Bernabéu against Rayo Vallecano (2-1), completed their first training session of the week, in which Italian coach Carlo Ancelotti could not count on 12 players who They are focused on their respective selections.

Ancelotti, however, is close to recovering Brazilian Rodrygo Goes, who suffered a hamstring injury in his left leg nine days ago in Elche’s home game (1-2).

You can also read:  Ansu Fati: "Nobody is going to match what Messi did"

Rodrygo is making progress in his recovery and did individualized work on the pitch at Real Madrid Sports City and also in the gym.

The same plan is followed by the Spanish-Dominican Mariano Díaz, who, also against Elche, in his first minutes this season, suffered a fracture of the bones of his nose that had to be operated on.

Dani Ceballos, injured in an ankle since Spain’s debut in the Tokyo Olympics against Egypt on July 22, and Uruguayan Fede Valverde, with knee discomfort, worked alone in the gym.

The rest of the available footballers, with the German Toni Kroos, who resigned from his team last summer, at the helm, completed various rounds and practiced ball circulation, pressure and possession, according to the club reported on its website.

You can also read:  Mexico threatened to play behind closed doors against Guatemala

Real Madrid will return to training this Wednesday and will not have a game until Sunday, November 21, when they will visit Granada (4:15 p.m. CET, -2 GTMT). EFE (HN)