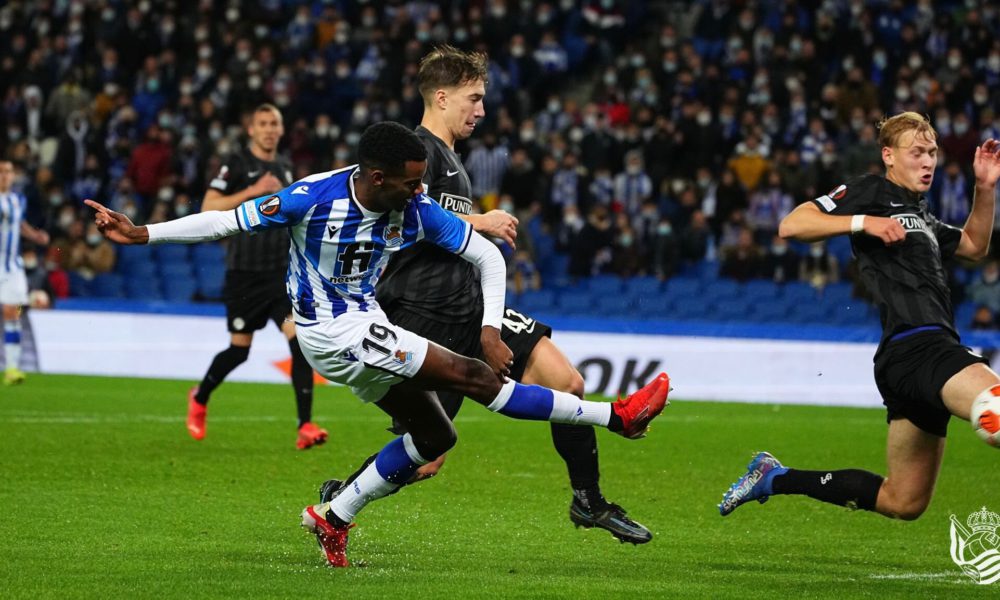 Real Sociedad, the team that brilliantly leads Spanish LaLiga, continues to have problems in their Europa League group, where this Thursday they drew 1-1 at home against Austrian Sturm Graz.

Jakob Jantscher put the visitors ahead in the first half (38th minute) at the Reale Arena and in the 53rd minute, Norway’s Alexander Sorloth was able to restore equality to the scoreboard.

In the other group match, the leaders Monaco drew 0-0 with PSV Eindhoven, so things continue as they were in group B of the second largest tournament in European competitions.

Monaco now lead with 8 points, two more than Real Sociedad, who have 6. PSV is third with 5 and Sturm Graz have just one point.

You can also read:  Müller: It's a pity that Barcelona no longer have Messi

Everything seems very open for the fifth matchday, which will be played on November 25 and in which Real Sociedad will have to visit Monaco, while Sturm Graz will also play as a visitor in Eindhoven.

Real Sociedad remain undefeated in their Europa League group, but out of four games they have only been able to win one, precisely the one that faced Sturm Graz (1-0) in Austria two weeks ago. The other three games have been tied.

In this Thursday’s game in San Sebastián, Real Sociedad dominated in the first half but had to see how their rival took advantage, when Jantscher (38) scored at pleasure after a center from Manprit Sarkaria.

You can also read:  Deschamps, on Benzema's blow: It's nothing dramatic

Under heavy rain, Real Sociedad equalized at 53, when a corner kick was prolonged by Igor Zubeldia, before Sorloth put his foot in to carry the ball into the Austrians’ net.

The Royal Society continued to carry much more danger but had no fortune to sign the second.

He even had to see how in the final discount Zubeldia was canceled for offside somewhat. (AFP)