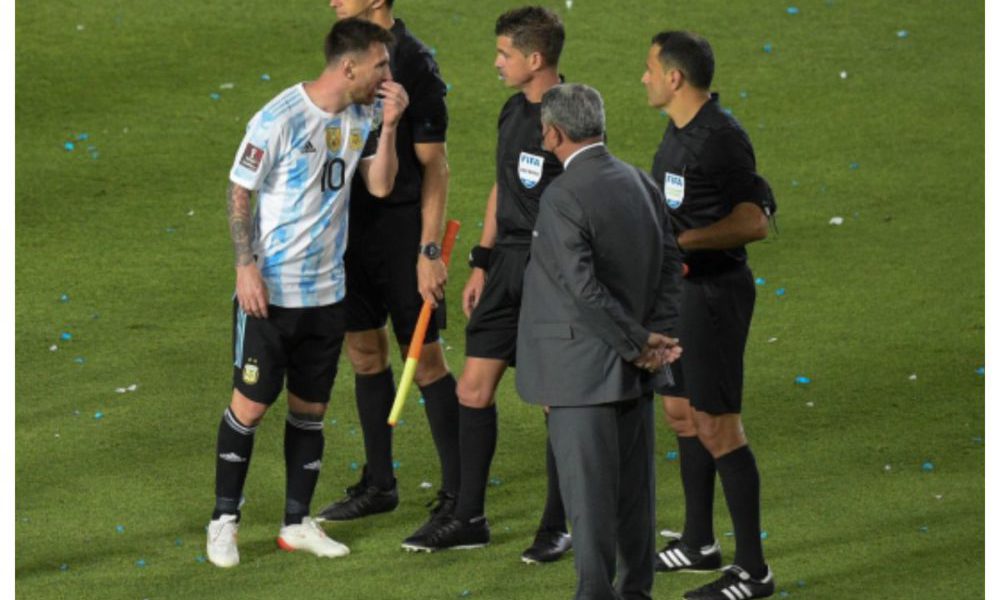 The main judge and the referee of the VAR of the Argentina-Brazil match (0-0) played on Tuesday in San Juan (Argentina) were suspended by Conmebol indefinitely for “serious errors” in their duties, the sports organization reported this Wednesday .
Uruguayan judge Andrés Ismael Cunha Soca Vargas and his compatriot, VAR referee Daniel Ostojich Vega, “have incurred serious and manifest errors in the exercise of their functions” during the Argentina-Brazil match, said the Conmebol Referees commission.

The report pointed out that in minute 33 there was violent behavior by the Argentine defender Nicolás Otamendi against the Brazilian striker Raphinha, “endangering his physical integrity with the use of his arm in his face.”

You can also read:  Haaland is doubtful for the Champions League match against Sporting

Raphinha bled from the mouth and neither the central referee nor the VAR referee sanctioned the act of violence despite the attacker’s signs of pain.

The referee commission also punished the Chilean referee Roberto Tobar “for not having correctly sanctioned three actions, two of them (minutes 7 and 74) for unsportsmanlike conduct” of the Brazilian idol Neymar and the “illegal use of the arm” (minute 26) of the Colombian Guillermo Cuadrado in the Brazil-Colombia (1-0) match, played at the Arena Corinthians stadium in Sao Paulo last Thursday 11. (AFP)