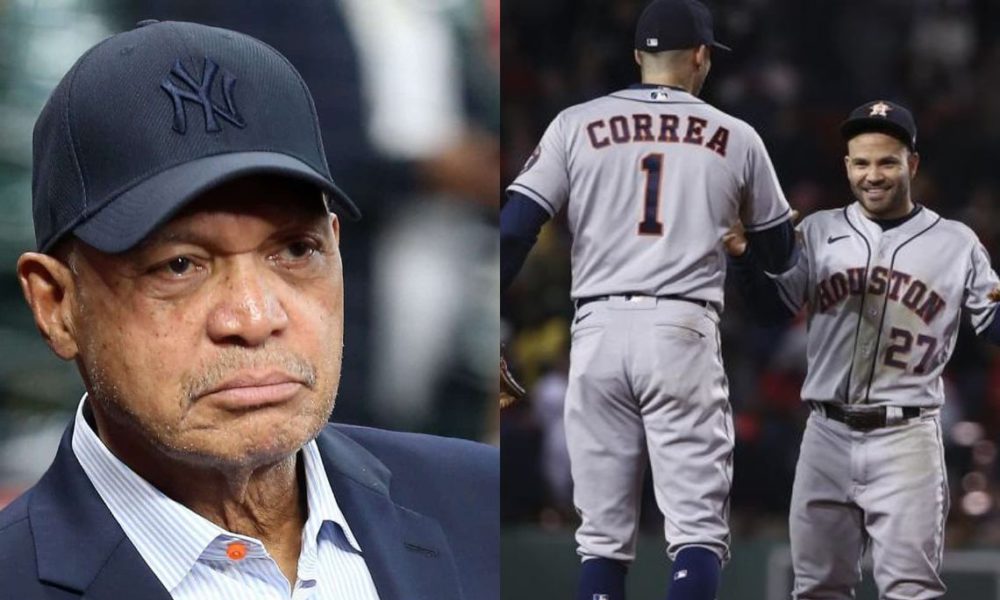 The member of the Hall of Fame, Reggie Jackson, did not hesitate to praise highly the work of the players of the Houston Astros, José Altuve and Carlos Correa in the present Playoffs of the Major Leagues – MLB.

Before the fifth game between Astros and Red Sox in the American League Championship Series, the nicknamed “Mr. October ”, Reggie Jackson, took his hat off to José Altuve and Carlos Correa for the work they have been doing in 2021 and in the past in the Major League Baseball Playoffs, highlighting their performance from Tuesday’s game where they came back in the ninth inning .

Jackson, in his words was clear and assured that both Correa and Altuve are two of the best players in the history of the MLB Playoffs, undoubtedly bigger words for what this man meant.

“They showed me last night what I think is a champion. The Astros were coming from being beaten (21-8) in the last two games and suddenly they resurrected their team, “said Jackson.

It is good to remember that Altuve surpassed Jackson in hits in these Playoffs, an extremely important achievement for him and these words come after the Venezuelan hit a home run to tie on Tuesday and the Puerto Rican shook an important double as well.

Additionally, Reggie Jackson is remembered for his 18 home runs in 11 years with the Athletics and Yankees in playoff games. (Fielding)

Hall of Famer Reggie Jackson on why he gave his #Astros hats with @mroctober on them to Carlos Correa (@TeamCJCorrea) & @ JoseAltuve27: “Because they expressed to me what a champion is last night. They got beat (21-8) the last 2 games and then… bang we’ve risen from the dead. ” pic.twitter.com/qiH3ZLpObh