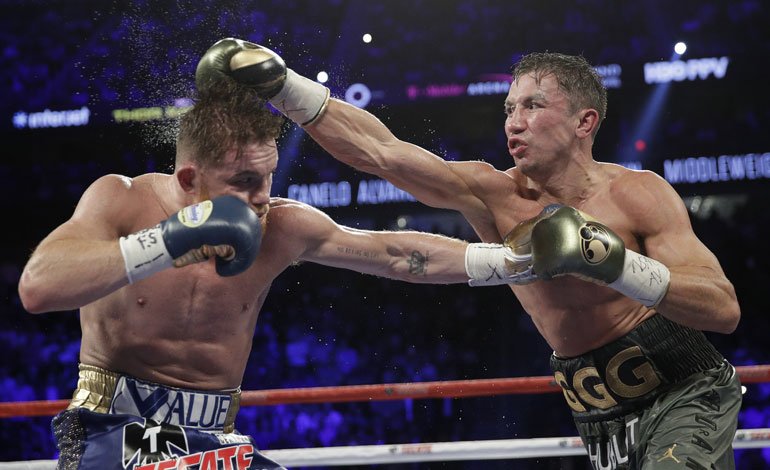 World middleweight boxing champion Gennady Golovkin will fight Mexican Saúl ‘Canelo’ Álvarez on May 5 in a city to be determined, promoters announced.
The 12-round fight between Álvarez (49-1 with two draws and 34 knockouts) and the undefeated Kazakh known as “Triple G” (37-0 with a draw and 33 knockouts) will have Golovkin’s World Association titles at stake. Boxing (WBA), International Federation (IBF) and the World Council (WBC)
In the first head-to-head, last September in Las Vegas, the judges declared a tie.
This is the fight the world wants. This is the fight boxing deserves, ”Golovkin said.
“I did not agree with some of the decisions of the judges in the first fight. This time there will be no doubts. I’m leaving the ring as a world middleweight champion, ”added the Kazakh.
The first fight, which drew a record crowd for a fight in Las Vegas, also left Alvarez wanting more.
“This time Golovkin will have no excuses regarding the judges because I am going to knock him out,” said the red-haired Mexican.
Álvarez, 27 from Guadalajara, captured two super welterweight world crowns and moved up in weight to become champion of the 160-pound division by beating retired Puerto Rican Miguel Cotto in 2015.
“I am delighted to participate once again in one of the most important boxing events in history,” said Álvarez.
“This second fight is for the benefit and pleasure of all fans who want to see the best fight in the best light.”
The 35-year-old Golovkin dominated as an amateur and won the Olympic silver medal before turning professional in 2006.
He had a 23-fight knockout winning streak that ended last March with a unanimous decision victory over Danny Jacobs.
“I’m ready to face ‘Canelo’ again and I’m happy he’s fighting again,” Golovkin said. AFP

You can also read:  Ward falls to the canvas, but wins with "controversial" light heavyweight titles over Kovalev