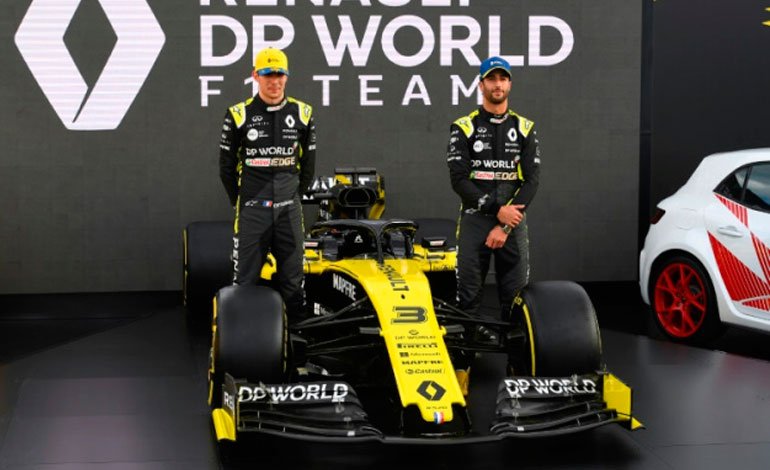 The presence of the French car manufacturer Renault in Formula 1 is not questioned by the savings plan presented this Friday, announced its interim general director, Clotilde Delbos.

“We have said publicly and we confirm that we remain committed to Formula 1,” Delbos declared in a telephone press conference to comment on the savings plan that is accompanied by the elimination of 15,000 jobs, 4,600 of them in France.

“The announcement of a new regulation on the ceiling of expenses (in Formula 1) is very good for us,” said the board, recalling that other teams invested a lot of money.

“Therefore, we are and continue in Formula 1,” he said.

You can also read:  Gutiérrez: "The Spa-Francorchamps circuit is like an adventure"

The brand currently equips its own single-seaters with its engines, as well as the two McLarens, but the latter manufacturer will be supplied by Mercedes next year.

Renault could only be fifth in the 2019 World Cup, being overtaken by McLaren.

The French constructor has failed to win any grand prizes since his return, with his best final World Cup ranking since that time being a fourth place in 2018.

You can also read:  Alonso does not exclude changing Formula 1 for Le Mans or Indy Car in the future

Frenchman Esteban Ocon and Australian Daniel Ricciardo are his two drivers, but the latter decided to join McLaren from 2021. Renault has not yet announced his replacement.

The 2020 Formula 1 season has not yet been able to start due to the coronavirus pandemic, but there is talk of the possibility of starting in early July.

“A calendar should be presented next week and we expect a start in July. Restaurants are going to reopen (in France) and Formula 1 is going to resume, ”said Renault F1 CEO Cyril Abiteboul.

«Among the drivers there were announcements at Ferrari (with the departure of Sebastian Vettel and the arrival of Carlos Sainz Jr) and at McLaren (with the signing of Daniel Ricciardo). But it is not our calendar and the essential thing was above all to secure the foundations of our long-term presence in Formula 1, “he added. AFP (HN)

You can also read:  Toni Bou world trial champion for the thirteenth time