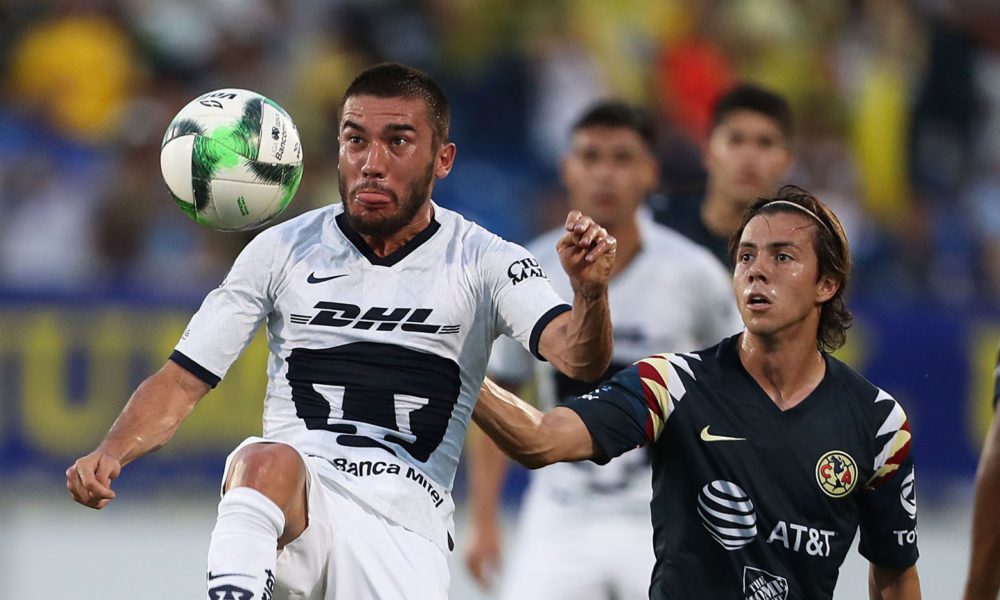 After entering the Mexican soccer repechage on the hour and overcoming that phase with authority, the Pumas will face America this Wednesday in a first leg match of the quarterfinals of the Apertura-2021 tournament.

Led by the Argentine Santiago Solari, the ‘Eagles’ of America were leaders of the tournament with 35 points and qualified for the league in advance.

In contrast, the Pumas wandered at the bottom of the standings for most of the tournament, even on the fifth date they were sotaneros.

After losing to America on date 12 by 2-0, the felines trained by Argentine Andrés Lillini got 13 of the last 15 points they played in the regular phase.

With 21 units they entered the playoffs where they threw out Toluca by beating it 2-1, although they could have beaten it with a scandal score.

“We can not be favorites because we entered at the last minute, but we are to be tough opponents,” said Lillini ahead of Wednesday’s game at home at the Olympic University Stadium.

You can also read:  Borussia Dortmund with casualties beat Sporting

– Atlas does not want to be a favorite –

Also on Wednesday, the ‘Rayados’ from Monterrey will host the ‘Zorros’ from Atlas at the BBVA stadium.

Monterrey comes from the playoffs after thrashing and eliminating champion Cruz Azul, while Atlas was the sensation team of the tournament and finished second with 29 points.

Despite having had a better regular phase than the ‘Rayados’, Argentine Diego Cocca, technical director of the ‘Zorros’, refused to have the forecasts in his favor.

“Aguirre has a lot of hierarchy, he has directed the Mexican team, he has been in World Cups, he has directed several teams in Spain in Europe, he knows what it is to play the league in Mexico, so my greatest respect and recognition for him”, Cocca said.

You can also read:  Barcelona confirms Xavi and will present him on Monday

On Thursday, León, who qualified directly as third in the classification, will visit Puebla at the Cuauhtémoc stadium, a squad that will arrive motivated by its dramatic classification after being on the verge of elimination in its play-off against Guadalajara.

Of the eight squads classified to the quarterfinals, Puebla’s ‘La Franja’ is the most modest, but it will still seek to qualify for the semifinals to match its reach from the previous tournament.

“We are a humble team that competes based on collective strength and we want to give our people another semifinal,” said Nicolás Larcamón, the Argentine coach of Puebla, facing the duel against ‘La Fiera’ which is directed by the Argentine Ariel Holan. .

The fourth round of these quarterfinals will start at the Corona stadium where Santos and Tigres, the two most powerful offensives of the regular phase, will meet.

You can also read:  Bale goes down for World Cup qualifiers

The Tigres fulfilled the commitment made by their technical director Miguel Herrera to qualify directly for the league, and they did so with the most productive attack (26 goals) and with the scoring champion, the Uruguayan Nicolás López (9 goals).

On the other hand, the ‘Warriors’ of the Santos of the Uruguayan coach Guillermo Almada scored 23 goals, but did not have a forward as a reference since their best scorers were two midfielders: the Chilean Diego Valdés with five goals and the Uruguayan Fernando Gorriarán with four.

“Tigres has a great squad and it’s a difficult team, and we haven’t had a full team since before the pandemic and I don’t think we’ll have it by the end of the year,” Almada admitted, but “we will be complicated for anyone we face in the league.” .

The second leg matches will be played on Saturday: América-Pumas at the Azteca stadium, Atlas-Monterrey at the Jalisco stadium and on Sunday, Tigres-Santos, at the Universitario stadium, León-Puebla at the Nou Camp stadium. (AFP)