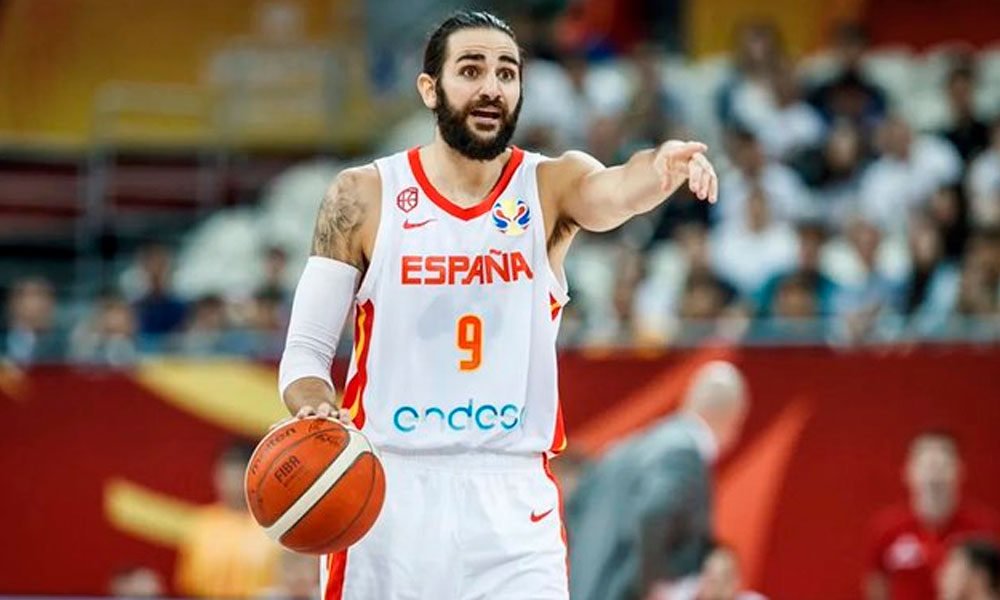 Spain, current world champions, beat France 87-79 with a great performance by Ricky Rubio, in Paris-Bercy in a friendly preparatory to the men’s basketball tournament of the Tokyo Olympic Games.

Already beaten on Thursday in Malaga by Spain (86-77), the French players sought revenge before their public, printing a strong physical rhythm from the start before the 9,000 fans who came to Bercy.

But Spain, supported by the great performance of its two bases, Rubio -23 points, and spectacular in the last quarter- and Sergio Rodríguez -13-, soon took over the reins of the duel and did not release them until the end, saving the calm when the locals moved slightly ahead on the scoreboard.

You can also read:  The Jazz try to have Williams again

“He is one of the best players in the world, it has been very interesting to face a team with so much experience, who play in such a special way,” said French guard Frank Ntilikina about Rubio.

«Against a team that responds, you have to be patient, more movements. The Spanish have known how to do it until the end. Rubio’s magic was in command at the end of the game, “added French coach Vincent Collet about the best player of the past World Cup.

They also highlighted the contributions of Willy Hernangómez, 16 points and a lot of effectiveness near the basket, and Darío Brizuela, who took advantage of his minutes with three triples in three attempts to finish with 11 points.

You can also read:  Harden with another gala night in the NBA, LeBron also shines

Pau Gasol and Alex Abrines did not travel for rest in the Spanish team. Juancho Hernangómez suffered a shoulder dislocation on Thursday and is out for the Olympics.

Their two NBA stars, Rudy Gobert and Nicolas Batum, had minutes for France, who joined the group on Wednesday and Friday respectively after having played the ‘play-offs’, each having more than 20 minutes.

Batum even left at 31, being Collet’s most used player.

“There have been good things, we have been too tender in the first half and we have increased the intensity in the second. We have all a lot of work, but it encourages. The last time I played was three weeks ago against the Clippers, “recalled Gobert, who finished with 12 points and 4 rebounds.

The best scorer on the French team was another NBA, Boston Celtics player Evan Fournier with 15 points.

Spain, which ran out of the pavilion to avoid losing the plane it had back, will train next week in Madrid before traveling to Las Vegas to face the United States in a friendly. He will then travel to Tokyo to start the Games (July 23-August 8).

In the double confrontation between Spain and France this Saturday in Bercy, the French women’s team had won before 80-75. AFP (HN)