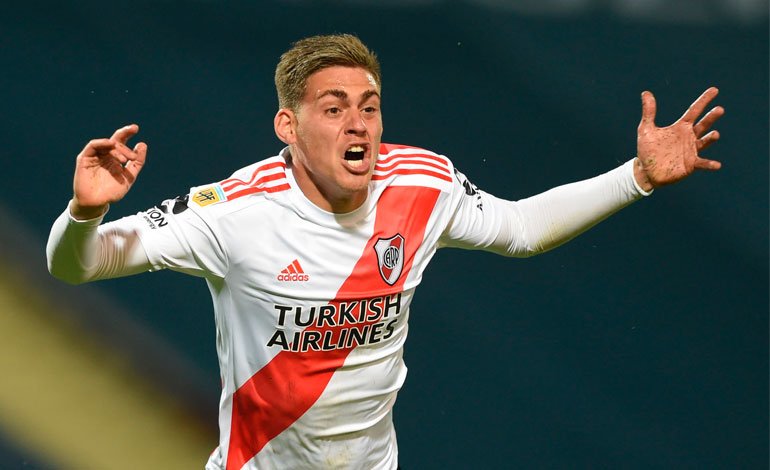 River Plate achieved a tight away win by a goal to nil against Godoy Cruz, in Mendoza, with an alternative team due to the absence of their internationals in the outstanding match for the third round of the Argentine Professional League Cup.

With a solitary goal from the youthful Federico Girotti, the team led by Marcelo Gallardo achieved the second victory of Zone 3 to stay behind Banfield, which on Friday had achieved its third victory (2-4 against Rosario Central) and a total of 9 points .

For its part, Racing Club suffered its third setback in the same number of appearances in this competition when it fell 0-2 to Arsenal de Sarandí, who prevailed thanks to the conquests of Lucas Albertengo and Jhonatan Candia.

You can also read:  Van Basten, the goal of all the Euro Cups

In this Zone 1, Racing complicated its classification to the second phase, which has Atlético Tucumán as the only leader with an ideal score after its 3-1 victory on Friday against Unión de Santa Fe.

In another of this Saturday’s matches, San Lorenzo achieved a categorical victory by 1-4 against Aldosivi, in Mar del Plata, thanks to goals from Federico Gattoni, Ignacio Piatti, Mariano Peralta Bauer and Alexander Díaz, with a single discount of Emanuel Iñiguez for the local.

After this result, San Lorenzo leads Zone 5 with seven points, followed by Aldosivi with four and Argentinos Juniors and Estudiantes close with a unit prior to the duel that both will have this Sunday.

You can also read:  Maradona in the Naples shirts on the anniversary of his death

In Zone 4, meanwhile, Newell’s Old Boys achieved a 4-2 away victory against Lanús with goals from Fabricio Fonatanini, Sebastián Palacios, Santiago Gentiletti and Maximiliano Rodríguez for the Rosario team, while José Sand scored twice for the ‘Garnet’.

This Sunday, in this same Zone 4, Boca Juniors will receive Talleres de Córdoba in search of continuing with a seamless start, while Independiente will face Defense and Justice as a visitor for Zone 2. EFE (HN).