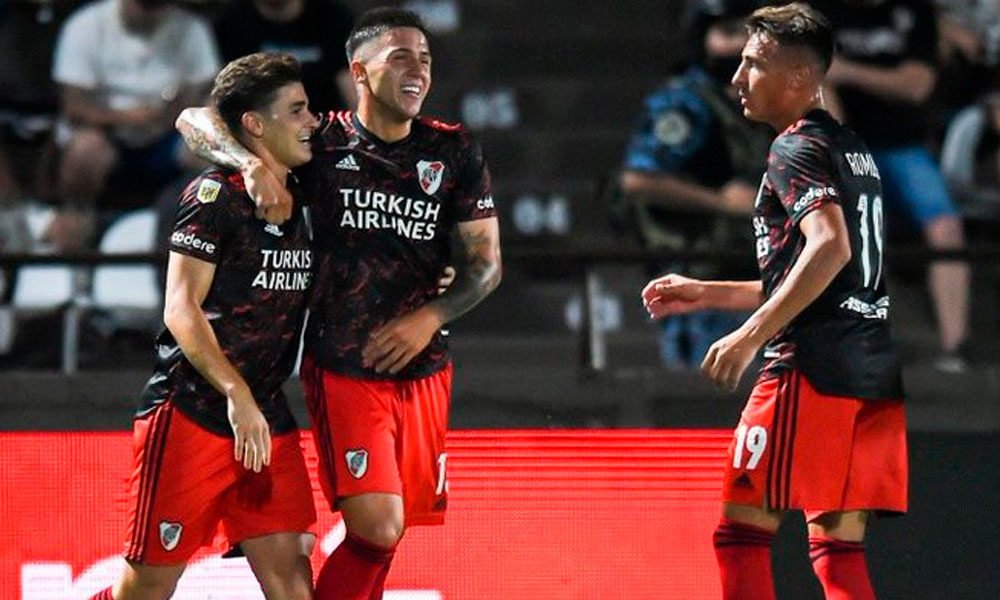 With a goal from the tournament’s top scorer, Julián Álvarez, River Plate defeated Platense 1-0 away from home for the 21st round of the Argentine Soccer Professional League. Álvarez, the exclusive figure of the 2021 championship, scored in the nine minute mark.

With this victory, River extended its advantage to nine points over Talleres, its shooting guard. Marcelo Gallardo’s team could celebrate the championship on the next date when they host Racing at the Monumental next Thursday.

The last defeat of the millionaires had been on the date five by 2-1 against Godoy Cruz as visitors.

The riverplatenses established differences in the beginning. After a great pass from Enzo Fernández, Álvarez defined a classy crusader. With this goal, the millionaire forward has 16 goals and is the top scorer of the championship.

The squid went on the attack, but the best plays were made by the visitors. At 38, Agustín Palavecino dodged four rivals, defined with left foot and cleared goalkeeper Luis Ojeda.

Enzo Pérez, a key player in Gallardo’s team, dislocated his left elbow at 58 and will be out of court for several weeks.

Braian Romero was able to extend for the visit, but his shot was controlled by Ojeda at 73.

“A very fought match, very locked. Our goal is to get this championship. We are very close, ”said Franco Armani.

You can also read:  Luuk de Jong: «I am a different forward for Barça»

You can also read:  Toluca de Cristante beats América de Solari 3-1 and takes away the undefeated in Liga MX