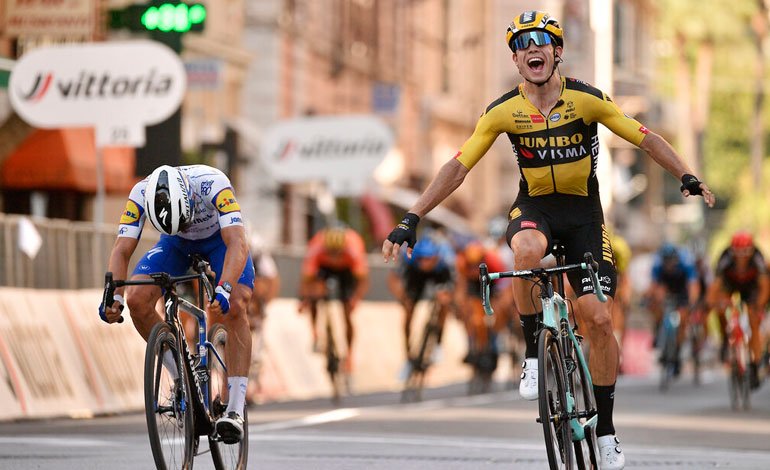 The world road cycling championship to be held in Switzerland next month was canceled after the government extended its restrictions on public congregations during the pandemic to October.

However, the International Cycling Union (UCI) will try to find a new venue for the championship on the same dates, September 20-27.

The Swiss organizers of the competition, which was to be held around Aigle, the city where the UCI is based, said it was impossible to mount it because of the government’s ban that prevents gatherings of more than 1,000 people.

The decision came after the Swiss Federal Council extended the ban to a sixth month – the latest – until October 1 amid a spike in coronavirus cases in the Alpine country.

You can also read:  Webber: Coming out in fifth is not good, it's disappointing

A loosening of restrictions in October would be a boon for Switzerland’s two main sports leagues, soccer and ice hockey.

Both leagues have warned that their clubs urgently need a larger audience in order to survive financially. Now they have the expectation of being able to celebrate a new season with more spectators, but abiding by the decrees that make the use of masks mandatory in stadiums. The entrance of fans of the visiting teams would not be allowed.

The new protocol was approved too late for what would have been the first world road race in Switzerland in 11 years. The World Ice Hockey World Cup in May was also canceled.

The UCI will look for a new venue for the championship, most likely in Europe, and on the same dates of a congested calendar that tries to include numerous prestigious races and most of the one-day classics in a period of three months.

You can also read:  Jamie Green (Audi) wins the final race of the DTM 2015

“We will put all our energy into making these World Cups take place,” UCI President David Lappartient said in a statement.

An announcement on the new venue is expected to be released before September 1.

The UCI has been one of the sporting entities hardest hit in its finances during the pandemic and in April it warned that it would need to take “drastic measures.”

The world champions of various disciplines have been canceled, and the 2020 Tokyo Olympics were postponed for a year. After the Rio 2016 Olympics, the UCI received an injection of $ 25 million in revenue from the International Olympic Committee.

The road world championships already had very complicated dates, given that their time trial test on September 20 coincided with the last stage of the rescheduled Tour de France.

With an increase in coronavirus cases in Switzerland and other countries, organizers in the Aigle-Martigny region also warned of the risks of the movement of runners and other people from 45 countries who would currently have to comply with quarantines after entering Switzerland.

Federal legislator Alain Berset said the situation was “delicate to uncertain”, in a day that 274 new cases were registered in the country, in contrast to 15 or 20 daily in June. AP (HN)