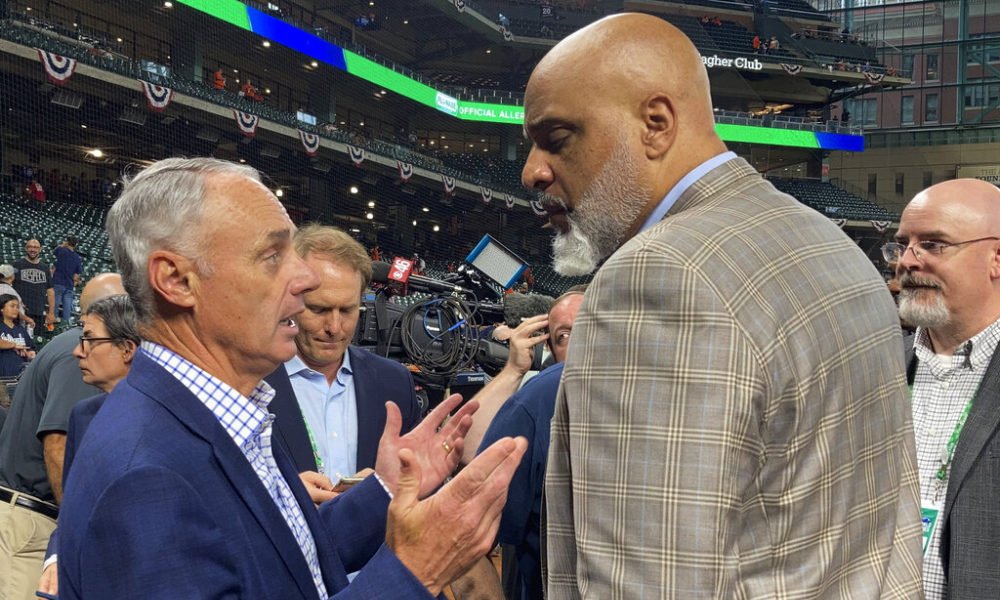 Shortly after, Manfred was optimistic about the possibility of signing a new collective agreement before December 1, when the current one expires. However, the commissioner did not elaborate on any progress in the talks that appear rather to be heading for a stalemate and a strike.

“Have you ever heard me say that I have any feeling other than optimism about the possibility of reaching an agreement?” Said Manfred. «I am a believer in this process. We are meeting regularly and I hope we can find a way to reach an agreement by December 1st.

There is no evidence of progress toward a deal, and many club leaders and player agents say they are prepared for a walkout if they don’t agree when the current contract expires.

You can also read:  Reds legend Joe Morgan dies at 77

“It’s hard to rate this progress,” said Manfred, who was chief negotiator for the majors before 2015 when he became commissioner. “Progress is when you walk into a room and have conversations. People keep talking. This does not move in a quantifiable way that I have ever been able to understand, and I have done this for a long time.

“The most important point is that I know that our clubs are 100% committed to the idea that they want a deal by December 1st.”

Clark said the talks are continuing, and that he seeks to use “the days that the calendar allows for the next five weeks or so to continue that dialogue.”

You can also read:  DISGRACE AND WASTE

Manfred did not respond to persistent fan outrage at the Houston Astros, who used electronic systems to steal signals from opponents in 2017, when they won the World Series title.

“We had a great division series and great Championship Series. We have two teams that have played really well. And I am anxious that this is a great World Series ”, it was limited to indicate.

Pressured by journalists, he responded: “I think an Astros win would be a great achievement, and then people are going to have a better idea of ​​what that means.”

The Cleveland Indians will change their name to Guardians by 2022, and the NFL Redskins are now known only as the Washington football team. Despite this, Manfred said he felt comfortable with Atlanta’s decision to keep their Braves nickname.

“It is important to understand that we have 30 markets in the country and that they are not the same,” he commented. “The Braves have done a phenomenal job with the Native American community. That community in the region fully supports the Braves program, including the movement with the Tomahawks, and to me, that should put an end to this story. In that market, it works to take the Native American community into account. “

There are mixed opinions on the name of the Braves and their use of tomahawks among Native American communities. The National Council of American Indians has urged that the franchise remove the name and chant.