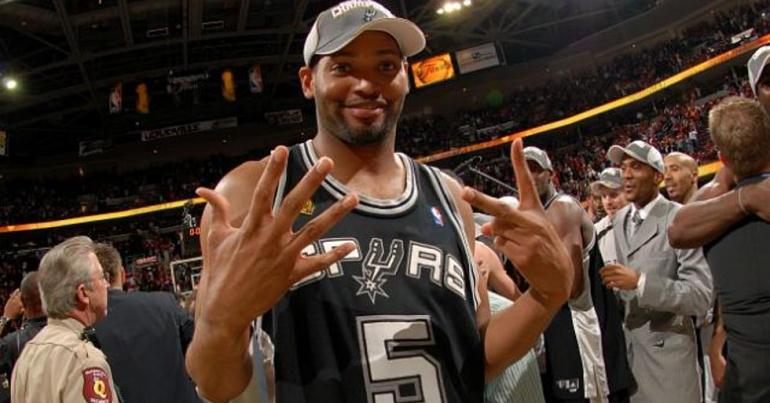 Robert Horry has been on the lips of many again in recent days, amid the comparisons that arise from obtaining the player’s seven champion rings, and the same amount that Tom Brady has achieved in the NFL.

Horry has won two titles with the Houston Rockets in 1994 and 1995; three with the Los Angeles Lakers in 2000, 2001 and 2002; and another two with the San Antonio Spurs in 2005 and 2007. But many times he is not included among the most winners in history for not having had a transcendental role in several of the championships obtained.

In this sense, the former player has spoken with Melissa Rohlin from FOX Sports, and has dropped his opinion on what he believes is the little recognition he receives. “More than half the time I feel belittled because I don’t think people really appreciate what I did,” Horry said.

You can also read:  Lakers beat Miami and caress the NBA title

Your skills to adapt

Beyond the debate, Horry was a solid player and ahead of his time. It defended effectively and versatile for its size. In addition to being a power forward who opened the field with his three-point shot in an era when tall men were in short supply.

He was always a very coveted player by those franchises that fought championships. His type of game and his skills allowed him to complement big stars in the chase of titles. He also had the perfect personality to fit into locker rooms with bigger egos.

You can also read:  LeBron James renews with the Lakers for two seasons and 85 million

Because Horry was not an expert scorer, his salary remained relatively modest during his NBA career. That’s partly another reason why he was always part of the best teams. It allowed the franchise to have him among its ranks, great financial flexibility to have a good player such as power forward and maintain space to build a competitive squad.

Horry’s list of fellow great stars is virtually unique in the NBA, few players have been involved in so many successful rosters. He played with Hakeem Olajuwon in Houston; with Shaquille O’Neal and Kobe Bryant in Los Angeles; and with the legendary Big Three by Tim Duncan, Tony Parker and Manu Ginobili in San Antonio.

You can also read:  Leonard and Spurs get swept and pass to the semifinals

Throughout his entire career, Horry has averaged 7 points, 4.8 rebounds and 2.1 assists in 16 NBA seasons. Although they are numbers that should not put him on any elite list, for all the above, he was always considered a useful player who constantly raised the game of his teams in the playoffs. And the greatest proof of this are its seven titles. (GG) (NBA Maniacs)