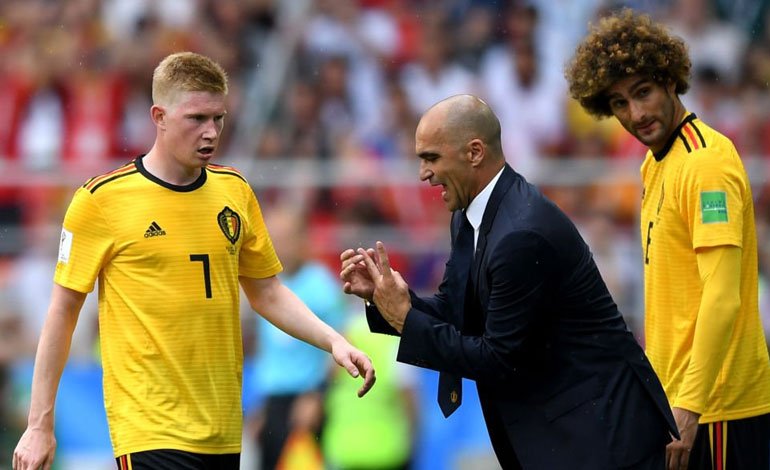 The Spanish Roberto Martínez will reach fifty games at the head of the Belgium team, a journey that began with doubts due to his debut with defeat but that since then has managed to convince the most skeptical with his management of the golden generation of Belgian football .

The Belgian press highlights this Sunday, a few hours before the match against England in which the Spaniard will reach that round figure, that Martínez has managed to “put almost everyone in agreement” and seduce even his critics with results spectacular, with 147 goals in 49 games, an average of three per game.

Their crowning moment to date has been third place at the 2018 World Cup in Russia, where even the semi-final loss to France did not obscure widespread positive recognition of the Belgian team’s role and hats off to the footballing world. their victories against Japan (3-2) or Brazil (1-2).

You can also read:  Juventus waiting for Ronaldo to face Messi

“Since his defeat on his debut against the Spain of his childhood, the national coach has grown as a coach to impose his vision of football within the Belgian Federation, fully committed to his cause. Now he is the real boss, ”says the Francophone newspaper Le Soir.

Several media point to that defeat against Spain in September 2016 (0-2) as a turning point for the coach, who then realized that Belgium could not grow in the 4-5-1 of his predecessor.

“These ninety minutes and this defeat made him quickly understand that Belgium could not grow in this philosophy, which pushed him to change his game system from the next match, in Cyprus”, explains Le Soir.

Since his second game, Martínez put into practice the system that several media outlets point to as “the best reflection of his ideas”, the 3-4-3 that has accompanied him in the vast majority of his 49 games with the national team.

You can also read:  Unveil the largest monument to Maradona

The newspapers also highlight his affable character, his “optimism to the extreme” and his insistence on always taking care of his players, even after mediocre games. “He has never frontally criticized any of his men, much less the younger ones, whom he protects like a hen to her chicks,” says Le Soir.

According to data collected by the Flemish newspaper Het Nieuwsblad, in his four years with the Red Devils, Martínez has won 38 games, drawn seven and lost four, with 147 goals for and only 39 against.

Tottenham Hotspur defender Toby Alderweireld and Napoli striker Dries Mertens have been his most used players, both with 41 caps under the Spaniard’s tutelage, while Romelu Lukaku (Inter Milan) has been the top scorer at this stage, with 38 goals in 36 games.

You can also read:  Guti: «Training Barça? Why not? You want to train »

Madrid player Eden Hazard, who will not play tonight in Martínez’s 50th match due to his coronavirus infection, has provided the highest number of assists, 19, since the arrival of the Spaniard.

Le Soir’s analysis points to a path with many lights and few shadows, although it also warns of the increasingly close possibility that the generation of Hazard, Lukaku, Courtois, De Bruyne and Mertens will be left without lifting a trophy.

“Despite this, in four years (Martínez) has been able to seduce observers, thanks to his careful speech but also through adjustments and tactical blows that allowed him to differentiate himself from his predecessor,” the press stresses. EFE (HN).