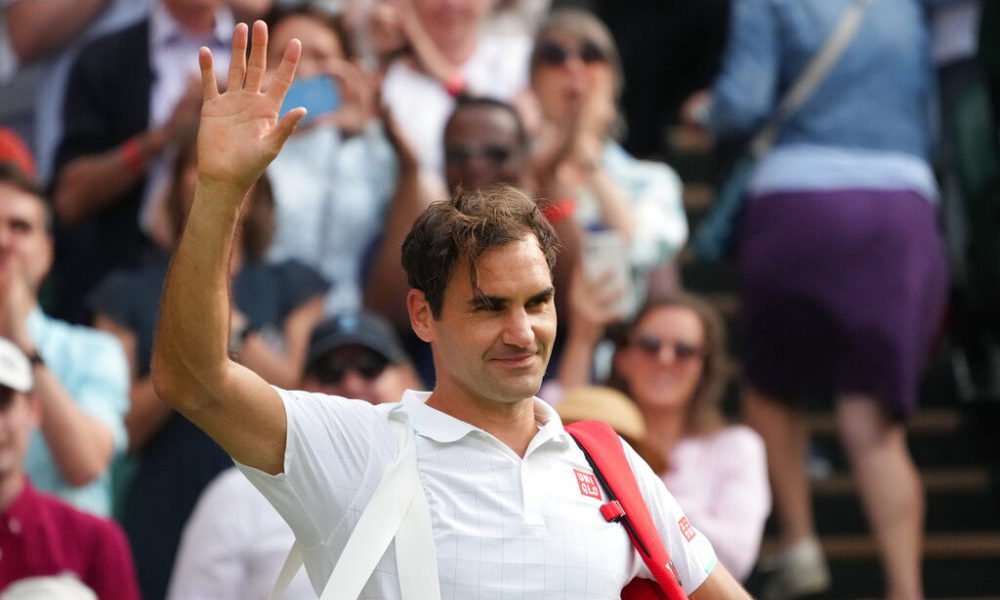 Roger Federer became the oldest tennis player to reach the third round at Wimbledon in 46 years on Thursday.

The Swiss star won every game in which he served and extended his streak of consecutive victories over Frenchman Richard Gasquet to 11 games, beating him 7-6 (1), 6-1, 6-4.

“I’m really happy with my performance,” Federer, who will turn 40 next month, told the audience. Ken Rosewall was 40 in 1975, when he reached the fourth round.

Federer improved to 19-2 against Gasquet, whom he has beaten in all five of his Grand Slam games, all in straight sets.

The Swiss is seeking his ninth Wimbledon title and 21st major title. With this, he would break the equality he maintains with Rafael Nadal.

Also on Thursday, world number one Ash Barty advanced to the third round of a Wimbledon women’s draw that has been decimated by other favorites, defeating Anna Blinkova 6-4, 6-3 on Thursday.

You can also read:  Honduran tennis player stands out in the United States

Elina Svitolina, the third-seeded, was the most recent victim of the surprises, with eight of the top 11 in the WTA rankings out of the tournament following losses, retirements or injuries.

Barty avoided a premature goodbye, having to overcome his serve failure during the afternoon. The Australian committed nine double faults, including three in the first game, and was broken three times. But he also racked up 33 winners to Blinkova’s 12.

“It was not my best day with the serve,” Barty acknowledged. “He was a bit off the beat. There are days when you feel like a giant who never fails. On other days, like today, you feel like a dwarf.

You can also read:  Murray and Wawrinka advance smoothly at Roland Garros

Svitolina succumbed to Magda Linette, who scored the most important victory of her career after winning 6-3, 6-4. The Polish player, 44th in the ranking, had never defeated a rival among the 15 best in the world in a complete match.

Linette racked up 28 winners to just eight from Ukraine’s Svitolina, who reached the Wimbledon semi-finals two years ago.

“Anyone can win a tournament. We have a lot of very good players, ”Svitolina reflected on the women’s team.

Coco Gauff returned to Center Court and defeated a rival twice her age to settle in the third round.

The 17-year-old American gave an account of Elena Vesnina, a 34-year-old Russian, 6-4, 6-3 and is still in the race to repeat in the second week at the Cathedral.

You can also read:  Serena could clash with her sister Venus in a bid to win the US Open

Gauff caused a sensation two seasons ago, when she was a teenager and reached the knockout stages.

This is his best result at the All England Club, where he had previously failed to win. And he did it after reaching the fourth round at Roland Garros last month, for his best performance in a major.

“I am very happy with the regularity that I am having in the Grand Slam, they are the tournaments that I value the most,” said Garín. “Here at Wimbledon I had never won a match, I am in the third round and that makes me very happy.” (AFP)