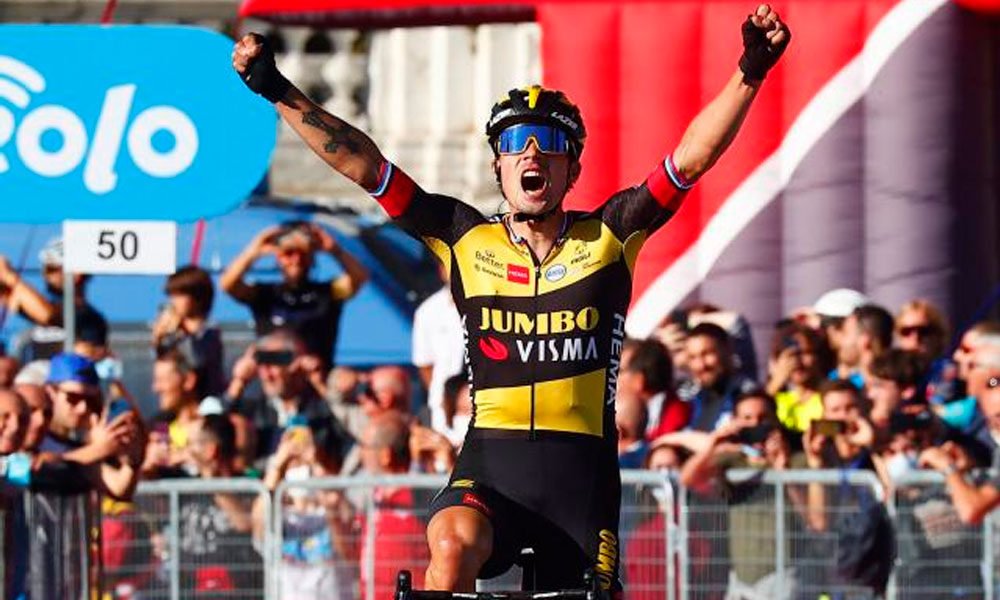 The Slovenian Primoz Roglic (Jumbo) continued his good performances in Italy by winning the Milan-Turin, after his triumph at the Giro d’Emilia on Saturday and three days before the Giro de Lombardia, the last great classic of the year.

At the end of the 189-kilometer race, the winner of three Vueltas a España was the strongest on the final climb to the Basilica of Superga, which overlooks Turin, beating the British Adam Yates (Ineos).

Frenchman Julian Alaphilippe (Deceuninck-Quick Step), who was contesting his first race since his second world champion title achieved in Leuven (Belgium) on September 26, was not in the final battle, falling down soon after an attack attempt at the foot of the final climb. AFP (HN)