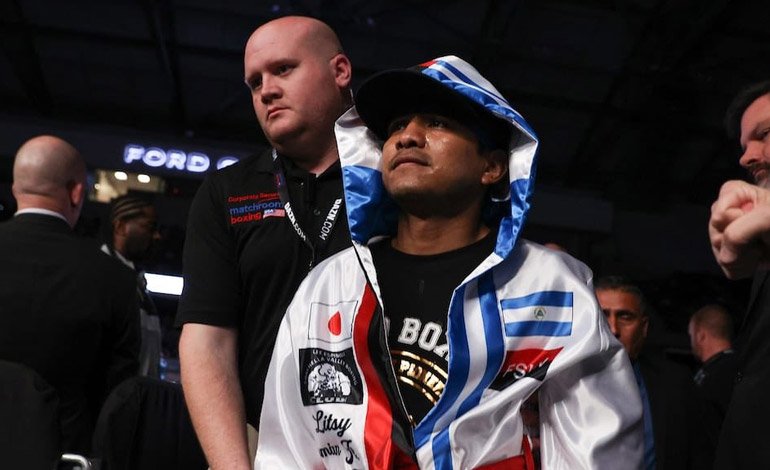 Román ‘Chocolatito’ González won his first world boxing title in four years on Saturday, however, he did not awaken the happiness of before in his native Nicaragua, apparently due to his friendship with President Daniel Ortega, whom rights defense organizations Humans hold responsible for the death of hundreds of opponents since 2018.

González knocked out Englishman Kal Yafai in the ninth round, to win the 115-pound World Boxing Association (WBA) title, but, contrary to other years, no rockets were heard to celebrate the victory, and on social media there were more insults than congratulations for the Nicaraguan.

“It is the first time in a long time that a Nicaraguan athlete has performed at the international level and the majority of Nicaraguans are willing to lose,” sports journalist Miguel Mendoza, who conducted a survey on his Twitter account, told EFE that only 12% of those who responded wanted ‘el Chocolatito’ to win.

“The support they have had for the Government is no secret to anyone. The issue is that many people are hurt by what happens in the country, and in that sense, supporting the government has made many people reject the athlete who is ‘Chocolate’ ”, explained the journalist specialized in sports, Rosa Membreño.

Communicators agree that Nicaraguans, especially the relatives of the dead and the rest of the victims of the crisis, reject a boxer who enters the ring wearing the colors of the ruling Sandinista National Liberation Front (FSLN) party.

González did not improve the situation after his victory in Texas, United States, by using a dental protector with the colors and initials of the FSLN, and after winning, hanging the Sandinista flag around his neck to the detriment of the Nicaraguan flag, but also wearing a baseball cap. the National Police, accused of practicing kidnappings, torture, rape and other crimes “against humanity.”

You can also read:  Puerto Rico Hurricanes make their debut on Saturday in the VI World Series of Boxing

«People see him as a representative of the dictatorship and not of the country. He came out wearing a National Police cap, it is a very strong blow for the people who have been assassinated (…) it is a kind of provocation, ”Mendoza said.

Membreño recalls that González went from being the “kid in the neighborhood, who with a lot of effort and talent reached the top of boxing”, to being considered the best boxer in the world in 2017, to being treated with indifference, because “there is a sector that does not He is interested in idolizing the athletes who support the Government.

This sector apparently includes a part of the businessmen, because before the crisis of April 2018 ‘el Chocolate’ went up to the floor with underwear that were worth $ 50,000 in sponsorships, but now it only does so with some announcements from the Government and related investors, according to Mendoza.

You can also read:  Pacquiao will fight one more time and then go into politics

“Entrepreneurs do not want to be related to something that has to do with ‘Chocolate’,” says the journalist, who commented that he did not cover González’s recent fight because he did not find sponsors interested in the world champion.

For Nicaraguan journalists, the boxer is not a victim of the Government, since he has a close friendship with Ortega, whose administration, according to the Inter-American Commission on Human Rights (IACHR) and the office of the United Nations High Commissioner for Human Rights. Human Rights (Acnudh), is responsible for the violence in Nicaragua.

That brand would be envied by Alexis Argüello himself (1952-2009), ‘the’ Nicaraguan ‘Mohamed Ali’, however, in Nicaragua today few launch rockets in honor of ‘Chocolatito’ González. EFE