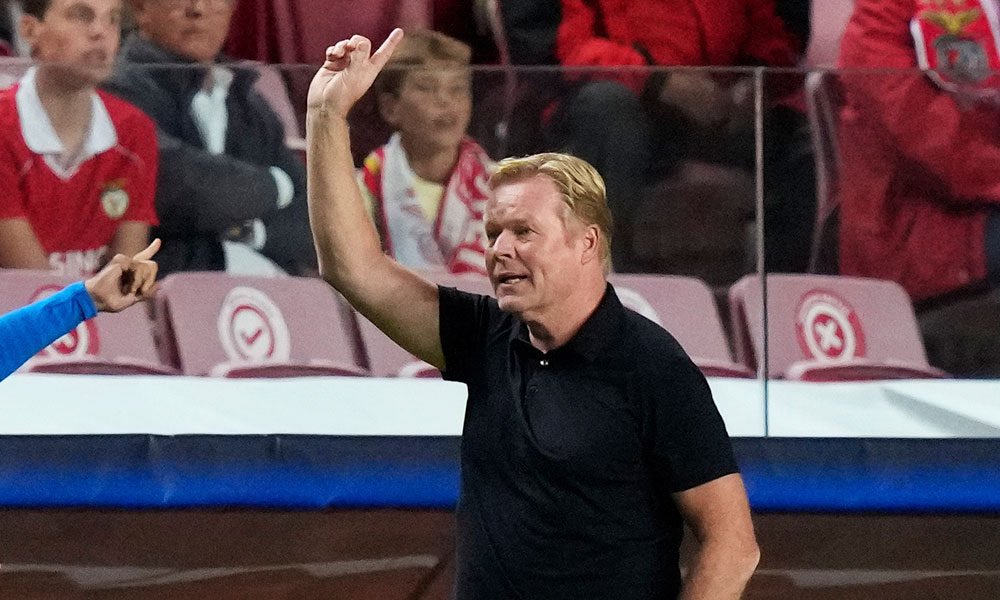 What began with high expectations there in August 2020, with the arrival of Ronald Koeman in Barcelona, ​​over the months was diluted, to such an extent that the technical director, born in the Netherlands and with a past at the club, he was removed from office.

And it is precisely that in the man who wore the Barça shirt in the 90s there was high illusion, because he knew first-hand what the environment was like in the institution. However, he could not lift the team that for that year of the pandemic was already in the doldrums.

The first leg of Lionel Messi, one of the idols and recent references of the Culé squad, also passed a collection account to the 58-year-old helmsman, who in his wake could not decipher the way to demonstrate the champagne football that fans have always asked for of the team.

Obviously his step adds to a string of mistakes that have occurred in the Barca with the last coaches. However, fans have been asking for his head for some time and that increased, in the 2-1 defeat against Real Madrid and against Rayo Vallecano, by the slightest difference.

Of course, due to the abrupt contract cut, in Barcelona they will have to pay a considerable amount of money to the strategist who came to the club after being the Netherlands coach. Joan Laporta and the administration will have to put their hands in their pockets, and deep down.

How much will Barcelona pay Koeman?

You can also read:  Robben acknowledges that he may not be able to play again

According to information from the media in Spain, in Barcelona they will have to pay Ronald Koeman some 13 million euros for having passed him the farewell letter before his contract as the club’s coach was fulfilled.

A frankly considerable figure for the club that has had to pay for the departure of Messi at zero cost to PSG, and the bad moves that are awarded to the previous administration, led by president Josep María Bartomeu, who is indignant with all the evils recent team. (AFP)