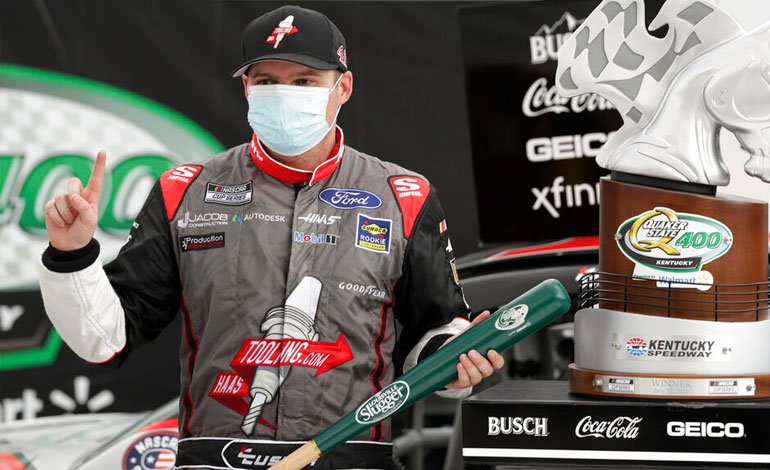 The rookie ousted Truex on the final lap, who appeared to take the win after struggling hard with Kevin Harvick (Ford).

Truex led for 57 laps and Harvick, who won last week at Indianapolis, was leading the way in the final laps as well.

Cuban-American Aric Almirola (Ford) was the top leader for much of the race with 128 laps in front, but finally finished in eighth place.

You can also read:  Buemi new leader of Formula E

The Cuban-born driver led the first stage of the race, but then fell to 21st position. Then he gradually recovered until he finished in the Top 10 once again. Almirola has achieved three third places in the last five races.

NASCAR has been the first category of American motorsports that returned to activity on May 17, after 10 weeks of detention due to the coronavirus pandemic.

The test at Kentucky Speedway was the second daytime event in the long history of Cup Series racing on the 1.5-mile oval located between Cincinnati and Louisville.

You can also read:  Soft and medium tires for Interlagos

The modification in the calendar due to the pandemic established that the Kentucky race should regress from its traditional form from Saturday night to Sunday afternoon in 2020. AFP (HN)